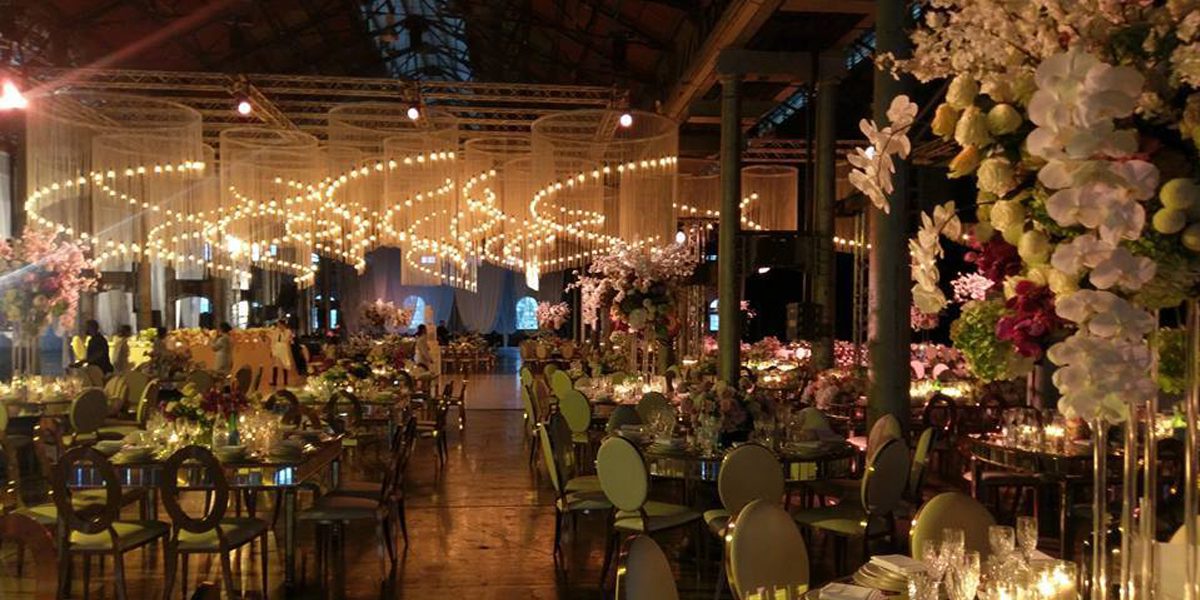 Jay Productions & Events spent six months planning last weekend’s pictured wedding reception, held at Sydney’s Technology Park, after the bride sent them a sketch of a stunning chandelier she wanted.
The talented team at Jay Productions turned her dream into reality, not only designing, building and installing the chandelier but also lighting the structure as well. The chandelier consisted of over 4km of cable, 720 light bulbs, 18,000 watts of power, 140 pieces of truss and 18 chain motors as well as ten crew members having begun the build for the event the day prior, pulling 16 hours each.
Eight Clay Paky Scenius Profiles highlighted the structure from the floor as well as lighting up the venue itself. A further eight Clay Paky B-Eye K10 CC also supplied room wash and highlighted drapery whilst six Clay Paky Alpha HPE 700 provided gobo effects. Sixteen Martin Professional MAC101’s provided pin spotting with a Martin M1 console used for control.
Wireless DMX was extensively used around the room as there were several places where the crew could not deliver DMX as the venue would not allow taping down on the floor. The W-DMX Black Boxes reportedly worked very well.
The event was so successful, Jason Jay of Jay Productions has spent most of Monday fielding calls from people who want a similar production!