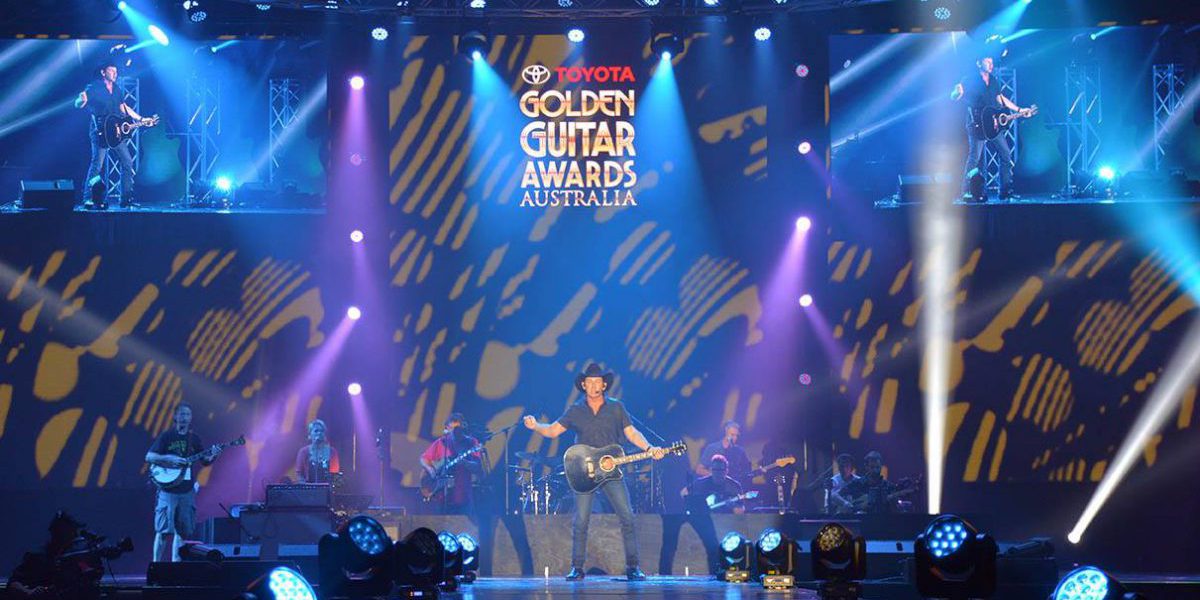 Robert Elsworthy, Venues Technical Supervisor for Tamworth Regional Council, looks after three venues; the Capitol Theatre in the heart of Tamworth’s CBD which is a multi-purpose performing arts theatre, Tamworth Regional Entertainment and Conference Centre (TRECC) which is the home of the CMAA Country Music Awards and the Tamworth War Memorial Town Hall.

“The stage in the Town Hall is quite small so we wanted the Quad-12’s to give us a nice stage wash as we don’t have dimmers,” said Robert. “In the Capitol Theatre we wanted some moving LED wash lights as we often have acts such as tribute bands which are sometimes forward, sometimes back and the RUSH MH6 save all that time focusing. We usually have twelve RUSH MH6 in the roof of the Capitol and they cover the stage well, plus we still have four more to place on the floor if we wish.”
The nearby Tamworth Regional Entertainment and Conference Centre hosts quite a few large business events where the RUSH MH6 supplement the inhouse lighting, enabling the entire venue to be washed in colour.

“Our aim was to ensure that all of our venues were covered by LED washes and next we’ll be looking at LED moving head profiles,” commented Robert. “We were impressed by Martin MAC Quantum Profiles that Event Services used at the CMAA Country Music Awards but it’ll be a while before we make any purchases.”