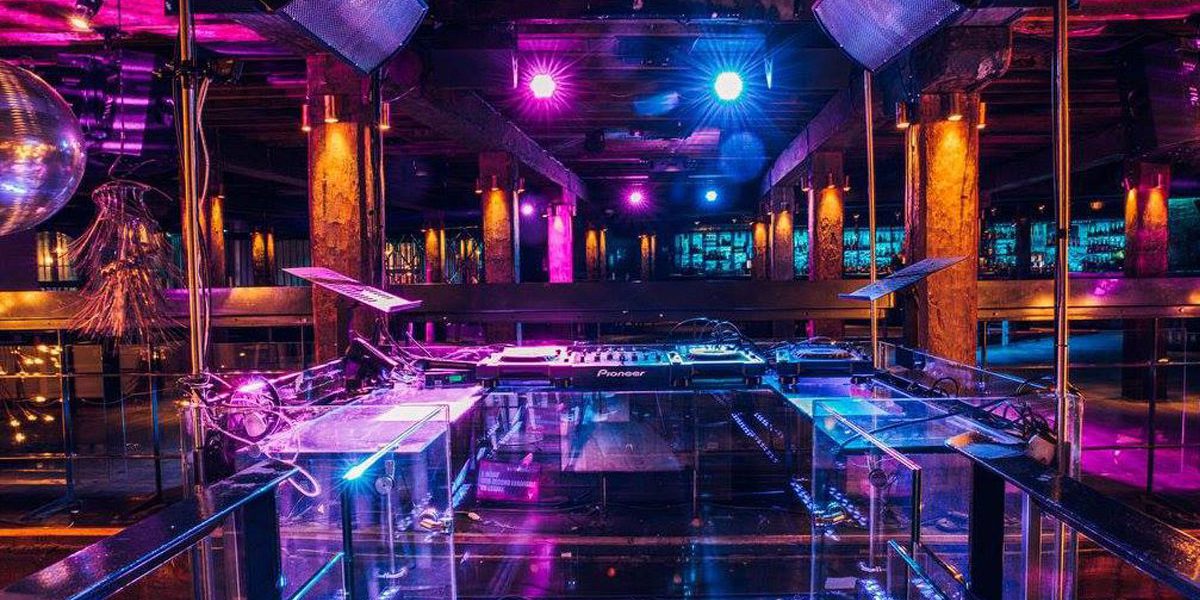 The Argyle is situated The Rocks, in one of Australia’s oldest buildings, and is the ultimate Sydney nightlife venue. The venue has a rich historic feel, with a uniquely modern take. Housed in the 1820s Argyle Stores building in the heart of Sydney’s Rocks precinct, The Argyle retains much of the original heritage-listed structure.
Blending an alluring mix of historic and ultra-modern, The Argyle is an impressive space featuring high archway entrances, a sandstone outdoor courtyard and sleek timber flooring and beams.
An iconic Rocks hotspot, The Argyle has become a favourite of both locals and visitors alike since its opening in 2007 by John Szangolies as part of the Urban Purveyor Group. With a series of unique bars spread over two levels – including the famed outdoor cobblestone courtyard – The Argyle is a venue to suit any mood or occasion.
A recent design, re-fit and refurbishment of this iconic historical venue meant that the design teams worked closely with Show Technology who were asked to design the lighting that was sympathetic to the heritage needs of the venue, highlighting the architectural features whilst injecting colour and atmosphere into the various zones.
Over a period of months Stephen Dallimore, Show Technology’s Business Development Manager, worked closely with Phil Hudson, Brand Manager at The Argyle, to deliver a sophisticated solution that embraces the natural elements of the venue such as sandstone and aged timber. Stephen also had to take into account that the venue transitions from a daytime venue to a post-work drinks setting, right through to a late-night destination.
“The opportunity to work with a historic venue like the Argyle was both challenging and very rewarding,” commented Stephen. “Using the fabric of the building was key to getting the lighting mood correct. The lighting starts work as soon as the venue opens right through until it closes, creating a different ambience though out each zone of the building. In this post lock out era in Sydney, it’s great to see venues still looking to reinvest in their visitor experience.”
The entrance to The Argyle is through an impressive archway into which seven ShowPro LED HEX16 Strip have been installed heralding what is to be expected within. Once through the archway, the venue’s famous cobblestone courtyard is bathed in light and colour thanks to nine ShowPro LED Flood HEX36 whilst windows carry more ShowPro LED HEX16 Strips. ShowPro DMX Festoon lighting has also been added to this area.
The entrance into the main building is again accentuated by ShowPro LED HEX16 Strips. A DMX Scene Player w/12 Key and USB port allows for simple presets so that the lighting can be changed as the day progresses and the atmosphere charges up.
On the ground floor eighteen ShowPro LED ROXStrips light up the bar area with RGB High Density LED Tape adorning the walls. Martin Professional RUSH MH2 Washes provide colour and movement whilst a couple of Martin Atomic Strobes add dramatic moments.
The next floor up where all the dance action happens was a bit trickier due to its low ceiling height; more RUSH MH2 Washes were installed as were RUSH MH4 Beams along with a couple of RUSH strobes. Again the bar area received the ShowPro LED ROXStrips and LED Tape treatment. ShowPro’s battery driven LED Truss Mate 2 were located on beams down stairs.
Control for upstairs is via an MA Lighting International dot2 Core console chosen for its ease of use and simple interface as the venue has a variety of lighting operators come through.
The final area Stephen weaved his magic was the Reibey Room, an intimate space that has been transformed by ShowPro LED ROXStrips and LED Tape into an atmospheric and enticing room.
Phil Hudson commented that despite the huge restrictions that come with a heritage building, the lighting exceeded his expectations spectacularly transforming the venue. Numbers through the door are up and The Argyle is one of Sydney go-to destinations.
Sydney AV company Slave worked tirelessly to install the lighting into the venue, heeding the heritage requirements and going above and beyond to deliver a world class installation.