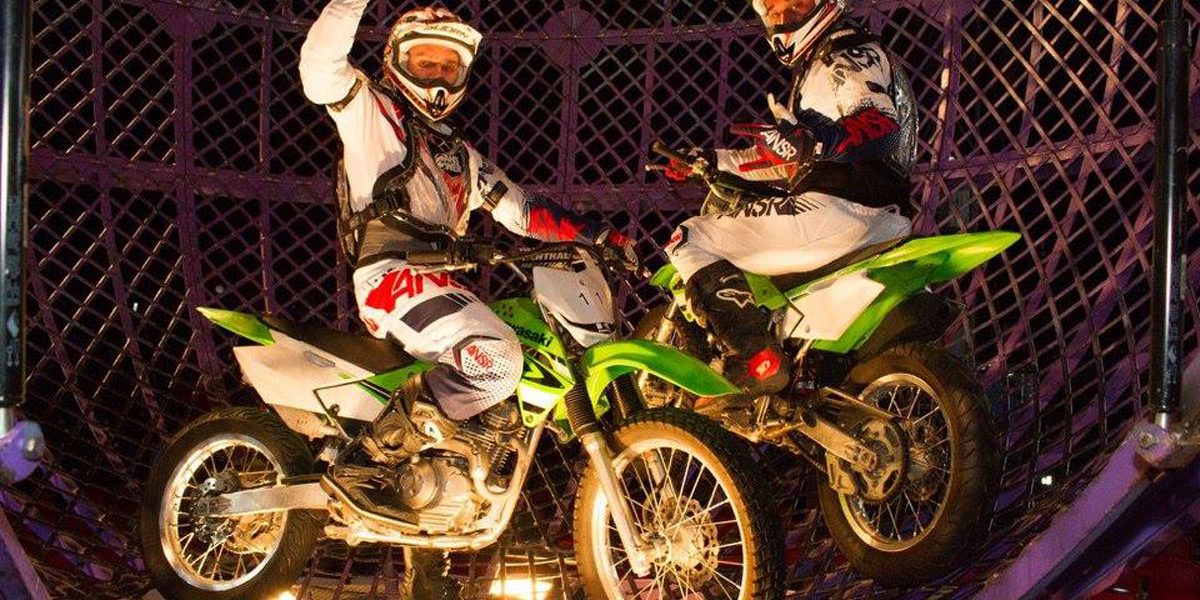 A couple of years ago, Madzin Productions decided to get rid of their various lighting brands and concentrate on one manufacturer – Martin Professional.

“Its tours like this that proves to us that we made the right decision,” remarked Frank Madzin. “We found ourselves in a position where we needed a piece of kit in a hurry – on a Public Holiday, after hours, when the factories were shut, when the time zones were all wrong, a week before Christmas, on a Friday afternoon, etc. Thanks to Martin and Show Technology, it all happened.”

“The RUSH fixtures are very versatile and pack enough punch to make the production look good,” said Frank. “They also produce very little heat and that gives us the safety and reliability that we need. To date the fixtures have been to Johannesburg, The Cape Town Dust Bowl, The Bloemfontein Mud Farm and the Port Elizabeth Wind Tunnel. In every venue the fixtures were exposed to the elements, as the Big Top only covers around 40% of the natural ground, so the units are still exposed to a lot of dust.”

The show is driven by an Apple Mac running Cue Lab 3.2 and this triggers the Martin M2GO over MIDI and it also plays back all Audio Tracks. The show consists of 432 Cues which is conveniently programmed to a one button go.

“Good lighting is critical in a circus environment and especially in The Great Moscow Circus,” said Adriaan Gebrer, touring production manager. “Our production is all about human ability and many of the acts perform death defying stunts at high speed and with no safety nets. Thus good stable and reliable fixtures, with a good even coverage and as little as possible fussiness, are required to ensure the safety of the performers. In one act we have five bikers hurdling around a 6m diameter steel globe at close to 90 Km/h, any little flicker or pop can cause a distraction which could lead to a serious accident. Thus the stability we enjoy with the Martin RUSH fixtures give us a sense of peace whilst our artists push the limits of human ability.”