You are here:
ArchitecturalAustraliaCase Studies 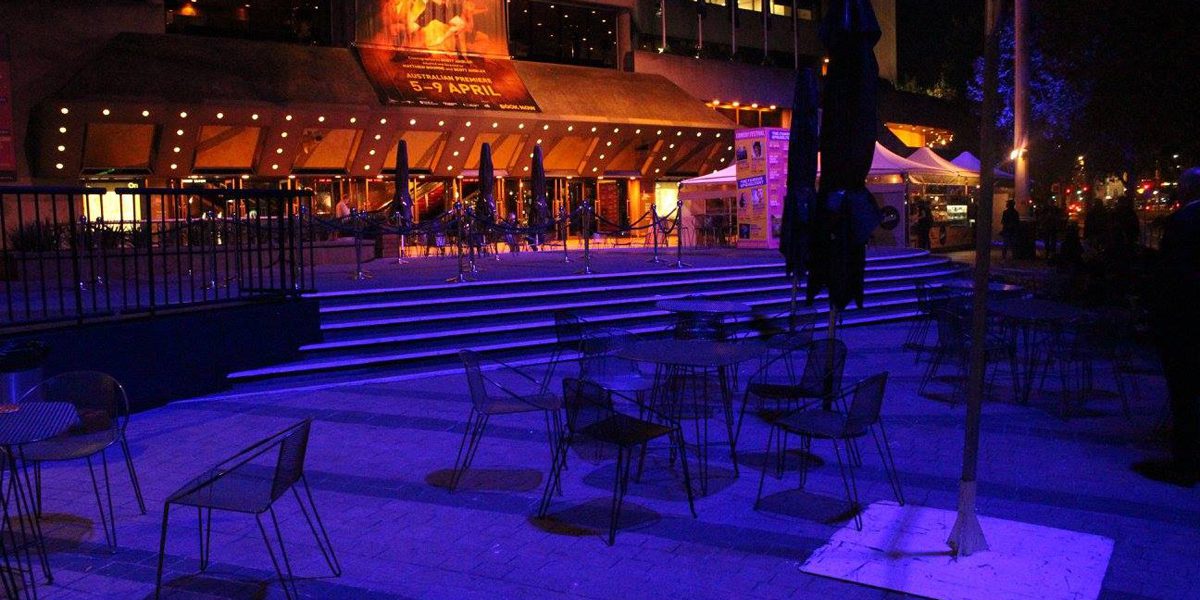 In mid-2016 Rachel Burke, along with Relume Consulting, was commissioned by Arts Centre Melbourne to upgrade her existing lighting design to the Theatres Building Forecourt. The original design had served the premiere cultural venue for over ten years but lamp technologies have changed drastically over that period. It was time to replace a variety of fixed and moving head fixtures running discharge lamps with state- of- the- art LED luminaires.
After considerable research, the Studio Due Light CityColor 20/30 RGBW 20w and Turbo-Color RGBW 16w were recommended for site trial based on with their technical specifications.

“The fixtures appeared to meet our performance requirements in terms of output with a range of options for housing finishes and modest physical dimensions for both products,” commented Rachel.
Both the CityColor and the Turbo-Color, with anti-glare baffles and barndoor kits, were tested at a night trial for suitability along with five other contenders.

All fixtures were mounted on Level 10 of the Theatres Building and aimed at the Forecourt between the podium and National Gallery Victoria. Each fixture was run in full white and full blue and a light meter was used to test light level in full output mode. The two Studio Due fixtures were deemed to have the best performance attributes in terms of colour, output and beam quality.

According to Rachel, the designers and the client were pleased with the measured lux level results of the CityColor and the improved intensity and quality of the colour washes on the forecourt. “The deep blues and purples produced by this fixture were especially noteworthy, helping to link the ground plane with the spire lighting scheme above and with the Hamer Hall facade.”

Wide and narrow lens options were subsequently trialled on a second night to ascertain the most appropriate beam angles for a range of throw distances from the two forecourt poles. “The Studio Due CityColor LED exceeded our performance expectations and six fixtures were ordered in a combination wide and narrow lenses for installation and programming,” Rachel commented. “The results of the new scheme have delighted Arts Centre Melbourne visitors and users whilst colourfully and creatively reinvigorated this landmark point of arrival.”