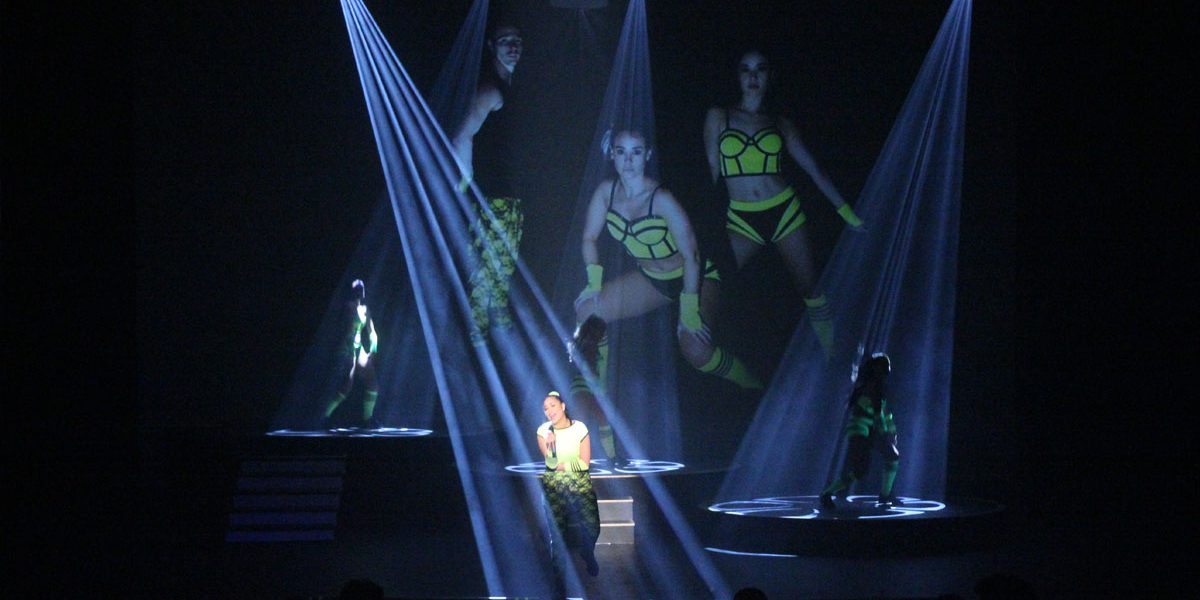 ACLX are based in Hamilton, New Zealand, from where they travel all over the country to work on events. Quite a while back, they added ten Martin Professional RUSH MH1 Profile and eight RUSH MH6 Wash fixtures to their inventory and they couldn’t be happier … so much so they have just added eight RUSH MH7 Hyrbrid fixtures to their collection.
“We wanted some beams and also something that was a bit gruntier for arena situations so we decided upon eight RUSH MH7,” explained Aaron Chesham, managing director of ACLX. “The versatility of the RUSH MH7 is huge. It means we don’t have to put so much stuff in the air. They have performed really well with absolutely no problems at all.”
The photos show a cabaret production where the RUSH MH7 were used for just about everything; as a beam, as a profile, as a wash.
ACLX also purchased twenty ShowPro LED FusionBARs specifically at the request of a client who needed to light up a long string drape.
“We had some older LED strips which had done well for us but were at the end of their life and we had got to the point where we didn’t want to hire them out to people,” added Aaron. “So it was a bit of a renewal too and they have been working very hard ever since! We use them as light curtains and also eye candy for DJ type events.”
Aaron particularly likes that he can drop the lenses off the FusionBARs and add different frosts. Consequently, he has used them as side lights for dance events where their narrow profile is a bonus.