You are here:
ArchitecturalNew Zealand 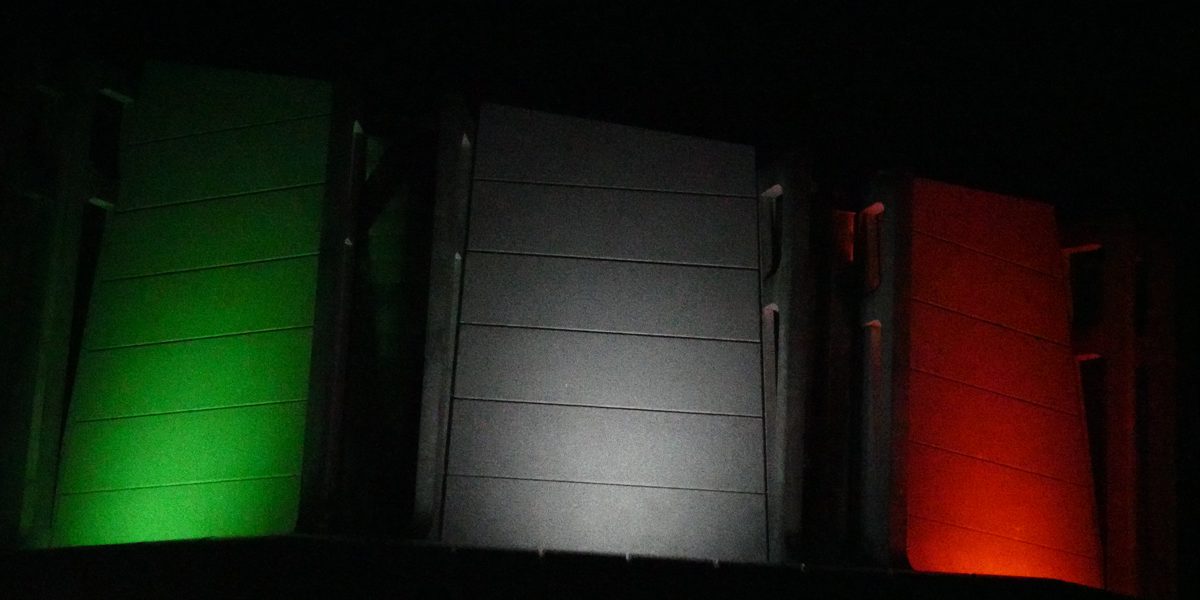 In November of last year, NW Group won the tender to upgrade the flood lighting on the roof of Wellington’s Michael Fowler Centre. The MFC is a 2200 seat concert hall with seating over two levels. It has hosted many international acts and is the home of the NZSO (New Zealand Symphony Orchestra).

The award-winning venue is topped with a ‘crown’ of large panels and it is this iconic architecture that has made it a much-loved part of the Wellington skyline. Since the building was constructed in 1984, fourteen of these panels have been lit by twenty-eight lighting fixtures that used a Sodium discharge lamp, with external power supply, and chicken mesh with gel inserted to provide the colour. These units were beginning to fail, and it was extremely dangerous to change the gels particularly during the wet and windy months of winter.

NW Group decided to replace the ageing fixtures with twenty-six ShowPro LED Flood HEX36 (twenty-four units on twelve panels and two units on two panels) which have an IP rating of IP64 and a fan free construction.

“It was not known until the HEX36 were brought to the roof which angle lenses would be required,” explained John Adams, Senior Production Electrician at NW Group. “Upon testing, and due to the proximity of the panels, wide angle lenses were fitted to all units.”

The HEX36 are run individually in 6ch mode via a Pharos LPC with Touch Panel Controller. This gives NW Group the ability to remotely control the HEX36, no longer braving the wet and windy climates of Wellington’s weather.

“It is satisfying having a happy client with the HEX36 producing a variety of stunning colours,” added John. “A BIG thank-you to Nick Reeves and the team at Show Technology NZ for their help with HEX36 supply and product knowledge on these fittings – awesome!”