Nitec and ShowPRO ideal for schools according to Lots Of Watts 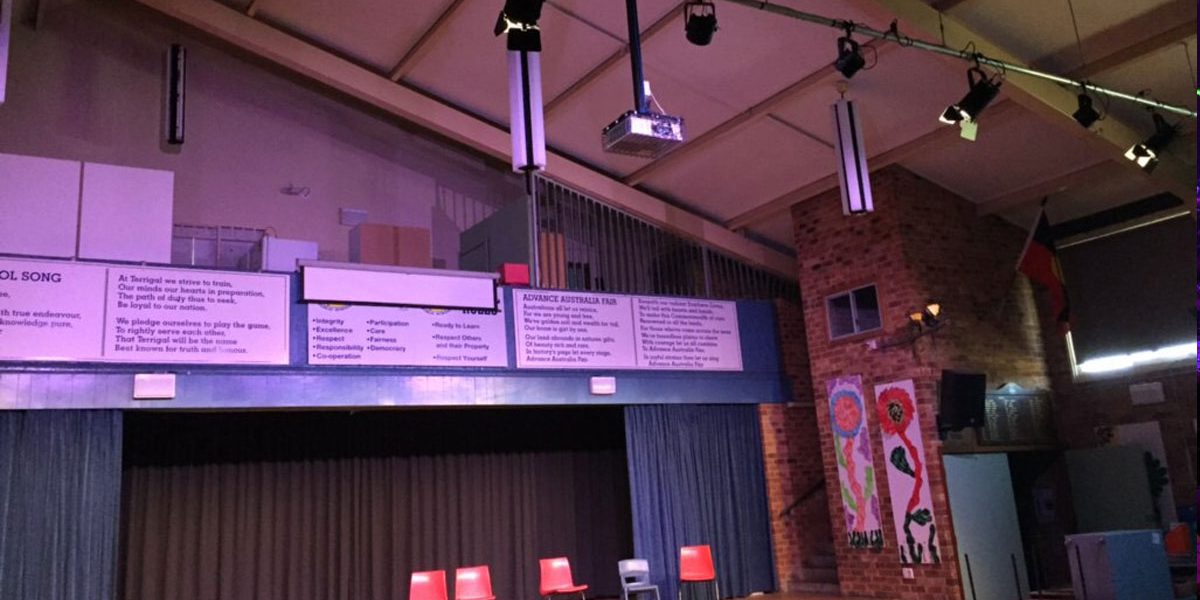 Lots of Watts on the Central Coast has installed quite a few of our ShowPRO Nitec LED Fresnel 50 fixtures into churches and schools and, along with the Photon 80’s and Profiles, they have all become a school and church staple for the company.

“The photos show a school here on the Coast which we recently fitted out with four Photon 80s and four Fresnel 50s on the FOH bar, plus two more Photon 80s loose that run around on the floor with wireless DMX to use on set and as needed,” commented Jeff Morgan from Lots of Watts Central Coast. “The output is great on the Fresnels and the doors work well, staying in place and don’t flop!”

The Fresnel 50 is a compact LED fresnel with 17° -50° zoom and high CRI (91>) for natural rendering of complexions and surfaces. It provides soft-edged coverage with an extremely consistent 3500K warm white field.

The Photon 80 is a compact RGB LED PAR utilising the latest in Chip On Board technology to project saturated perfectly mixed colours.

“We’ve found the Photon 80 is small and really easy to use,” said Jeff. “You’re able to get pastels and saturated colours out of the lamp plus, being a single source LED there is no “3D Halo effect” that other LED fixtures suffer from. Having a choice of narrow or a wide beam with the included magnetic lens is a bonus. Its makes the lamp twice as useful as an effect lamp or even a soft edge spot.”

Jeff also noted that as primary schools rarely have much power available, the ability to put 10 lamps on a 10 amp circuit makes install costs lower as you don’t require an electrician.