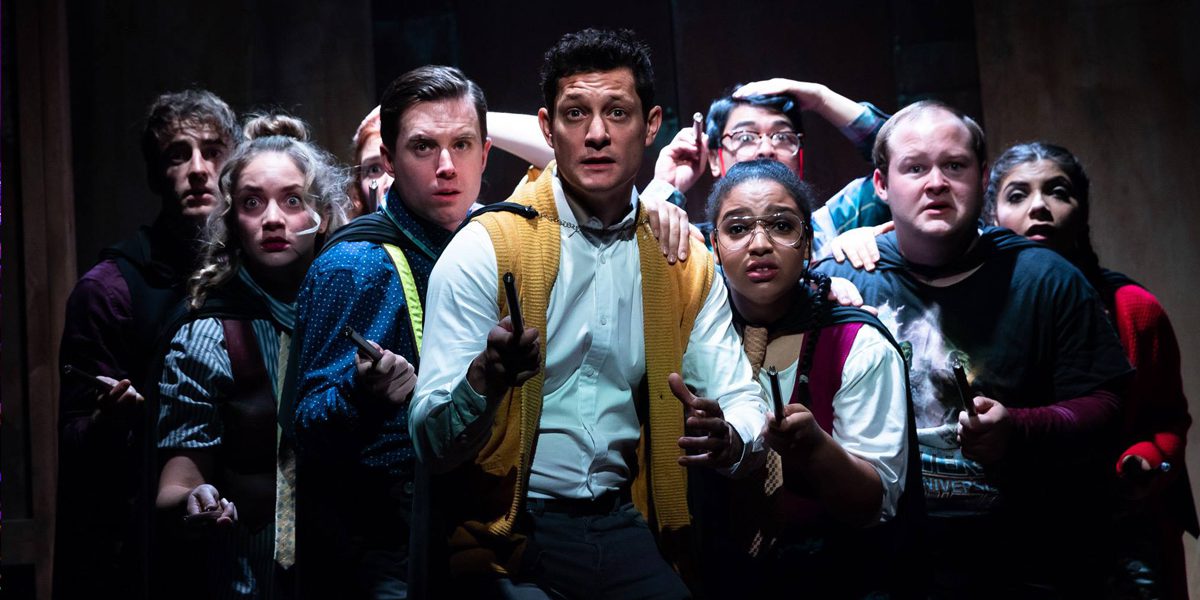 It’s not often that a client is so motivated by one of our products, they have to put pen to paper but this is just what happened after Tom Willis of Willis Lighting used his recently purchased Ayrton Ghiblis. Naturally we were delighted to read about his experience and we hope you will too ……

When I started in the industry I considered myself a freelancer. The idea of owning gear never really occurred to me. Truth be told, it happened pretty organically. The first lights I ever bought were from Bunnings; halogen floods and light bulb droppers. And then over time the collection of equipment grew and I came to discover the freedom it gave me as a designer.

Today, I’m fortunate to have a great little niche hire business that supports (and often subsidises) my design practice. Interestingly enough, those original few lamps still come in handy from time to time. For example, a whole heap of those light bulb droppers are currently hanging out (so to speak) in the auditorium of the Alex Theatre in St Kilda, home to the first international production of ‘Puffs (or seven increasingly eventful years at a certain school of magic and magic)’. They share the space with a whole bunch of my equipment, including the newest addition to my inventory: the Ayrton Ghibli.

For those of you not familiar, the Ghibli is a large format moving head profile with a full feature set of colour, graphic and focus options. At first, it may seem like just another moving light in an already crowded marketplace of brands and fixtures. However, the more you use them, the more you realise just how groundbreaking they really are.

Firstly, look at the light source. A 600w LED engine sits in place of traditional discharge lamps. Why is this important? Think about it this way: a discharge lamp does not dim on and off. It’s always on – always burning away inside the unit regardless of whether or not light is coming out the front. In theatre especially, this is problematic for a bunch of reasons, all to do with managing the excessive heat generated by a constantly burning lamp. Lamp cost and colour/output consistency between fixtures are also issues you need to consider.

None of this happens with an LED engine. The output is consistent, the colour is consistent, no lamp replacement costs and the best bit: when the light is dark, so is the LED engine. No extra heat, no extra cooling, no unnecessary noise.

For me, the question was never about LED vs Discharge. As a theatre designer, that choice was always a given. Rather, I needed to find the right feature set to cover the wide variety of work I do. Colour rendition was extremely important, as was zoom range and optical quality. And of course, the size and weight of the unit had a huge influence on my final decision.

The Ghibli has all the hallmarks of a workhorse fixture, but with the refinement of a theatrical lamp. I cannot express how versatile a light it is. We use three on the current production of Puffs. All are hung out over the audience on the FOH truss and are busy throughout the show filling a number of roles. In some scenes, they work as key light, often using the framing system to shutter to doorways or set pieces. In other scenes we zoom them out and cover our set in texture and colour. And then there’s the occasional ballyhoo and audience sweep too.

‘Puffs’ is a very busy show, rollicking across seven years of events and characters in roughly two hours. The static set acts very much like a canvas onto which we throw colour and texture to weave through the various scenes and locations. While the show is predominantly comedy and satire, it has great moments of heart and pathos, and a couple of really exciting action sequences. Simply put, it’s a whole lot of fun!

Produced in Australia by TEG LIVE and TILTED WINDMILL THEATRICALS

All photos by Ben Fon