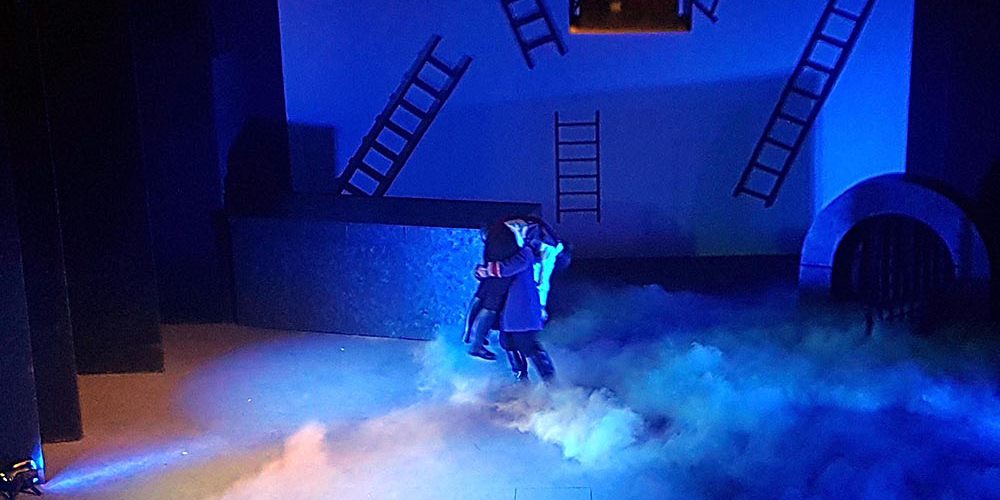 New Zealand’s West Otago Theatrical Society was formed in Tapanui in 1982, performing its first show in the old Town Hall, on the site of the present West Otago Community Centre which houses their theatre today. Through fund raising, they have transformed it into a venue suitable for any event – the theatre is complete with a green room and seating enough for 204 people.

The Society recently carried out an upgrade of the lighting and sound equipment in the theatre to digital control, enhanced speaker and amplifier systems, and LED and moving light equipment.

The theatre’s users, other than the Society, are the local schools plus the occasional touring production, should they be able to locate them on a map when planning their venues!

“Because our resources in terms of personnel, time and expertise is limited, it was important that the additional equipment purchased could work in conjunction with our existing light fittings,” commented Hans van der Linden, lighting manager and designer for the Society. “We required a more flexible rig that could cope with a wide variety of events from concerts, school productions through to musical theatre productions without requiring major rigging work in between.”

Hans remarked that they were tightly constrained to a budget of $65,000 to complete the lighting part of the project. Fortunately Show Technology New Zealand were able to supply a fabulous package that included ShowPro LED Fresnels, Martin Professional RUSH Par 2, RUSH MH 6, RUSH MH 7, E1 Profile, and a ShowPro Low Lying Fogger.

The first production to use the new lighting rig was Les Mis with seven full houses, two nearly full and nine standing ovations so Hans was pretty delighted with that!

“Our new lighting rig performed brilliantly and was only limited by the operator’s level of expertise,” he said. “We are still learning to use the new rig to full advantage but to date I have not been disappointed in any of our new light fittings. The 12 x LED Fresnels used from FOH positions have given us zoomable fittings providing a good clean light. The two E1 Profiles also used from the FOH position have pretty well “redundafied” our followspot whilst providing the added advantage of gobo break ups and special effects.”

Hans was particularly impressed with the Martin RUSH fixtures saying that the eight RUSH MH6’s are probably the most versatile fixture of the new rig and were in constant use during Les Mis. The two RUSH MH7 Hybrids were hung from a rear on stage lighting position where they too proved very useful from providing a full wash back light through to tight beams plus a variety of gobo projections.

“The Low Lying Fogger was probably running for a good 10 minutes during each performance and previously would have cost us more in dry ice than the purchase price of the machine!” he quipped.

Hans was keen to sing the praises of Show Technology’s staff in Auckland saying that they were absolutely brilliant to deal with and very helpful.

“They were very forgiving of dumb questions seeing that I am a broken down sheep farmer only having got involved with theatre lighting because there was no one else to do it, not because of any pre-existing expertise!” he said. “That was some 22 years ago and I’m still at it. I am hopeful that our new equipment will encourage a younger generation to appear out of the wood work and take on the challenges of theatre lighting design. To this end, I already have one new apprentice!”