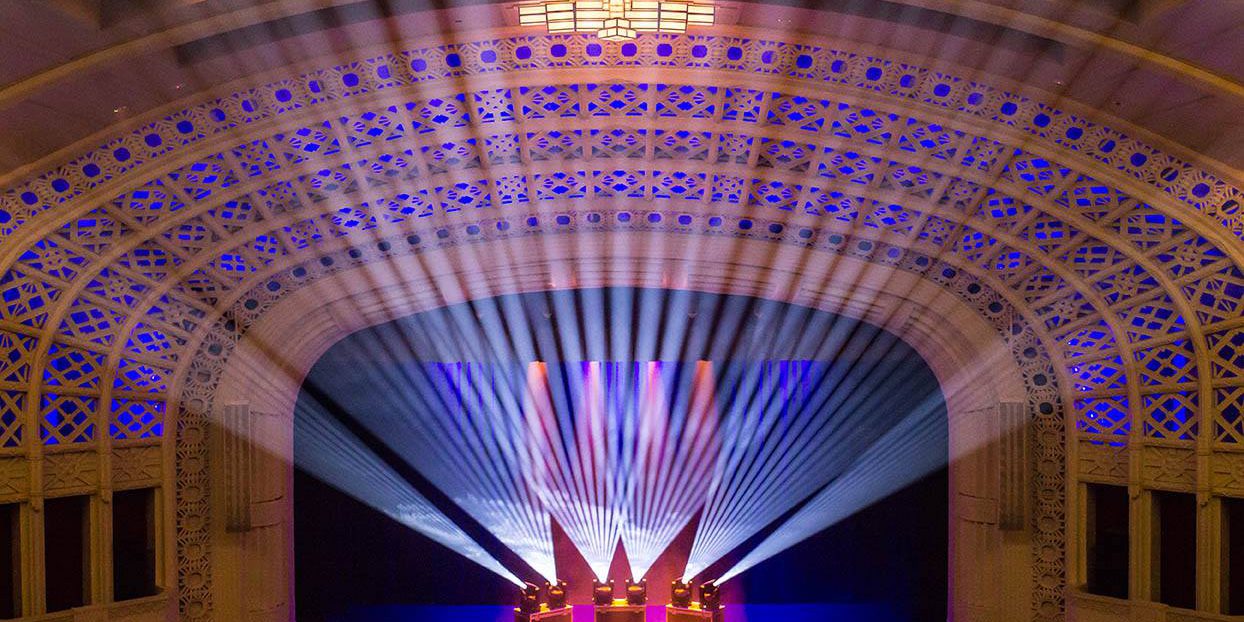 “The time had come to upgrade our existing Claypaky Alpha Profile 700s which have been the Theatre’s moving head profile with a framing system for over six years,” commented Ben Hunt, Head of Lighting. “When looking for a new and improved contender, we wanted to continue with our LED progression and move to a unit with an LED light engine providing increased light output. In addition, we also wanted to put our faith in a unit that also provides superior light quality as the Alpha Profile 700s have over the years.”

Ben looked at a number of other LED fixtures with framing shutters in the current moving head profile market, saying that they were really looking for a lamp with great light quality and a unit that was versatile. The Empire Theatre provides a broad range of entertainment to its audiences, so they were on the lookout for a unit that could compliment all those genres.

“Where some units had a feature bias towards theatre, or super grunty output housed in a body that was just too big for a fly-space, the Ayrton Ghibli stood out as an all-rounder,” said Ben. “Ghibli is Ayrton’s first foray into the LED Profile market and you can tell that the Ghibli is built on Ayrton’s solid reputation as leader in the intelligent LED lighting entertainment field. Ghibli has a quality light engine and sharp optical performance coupled with an exhaustive feature set, all contained in a sleek housing.”

Ben further remarked that the Ghibli is impressively bright with an even more impressive flat field. And whilst the unit comes equipped with the usual CMY system with variable CTO and a fixed colour wheel, Ben notes one exception.

“Ayrton has added in a high CRI filter in the first colour wheel slot which is a very neat way of increasing the fixture’s CRI up to 90 when having a high CRI for screen or skin is required,” he said. “The unit also comes with both soft and heavy variable frost filters which transforms the unit into a soft wash that is controllable with its ‘full curtain’ framing system. Wireless DMX is also included on the Ghibli which continues to add to the unit’s adaptability; the list keeps going on….”

Since having the Ghiblis onsite, Ben reports that they have been a popular unit among the team and complement the rest of the venue’s inventory. He concluded by saying that the Ghibli is a great all-round profile/spot moving head in the busy LED profile market with a rich feature set that has been well designed by Ayrton.

The Ghiblis were supplied by Kennedy Amplifier Hire Service.