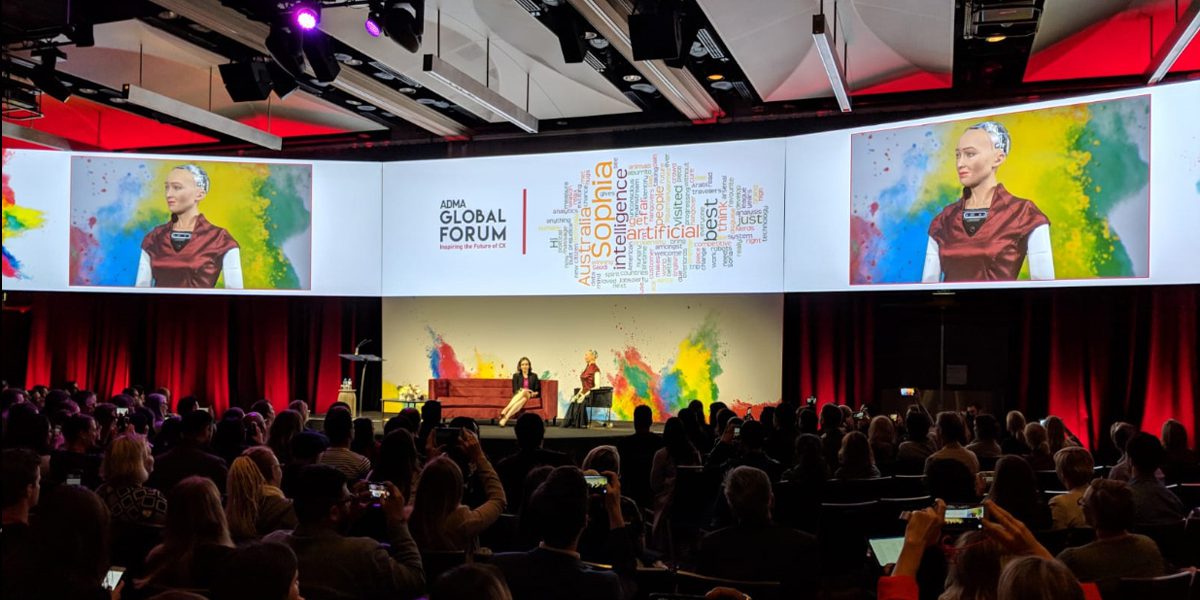 Sightline had been looking for a high output LED fixture, preferably over 1000 W with framing and a full fixture set, specs which the Ghibli smashed perfectly! The Ghiblii is Ayrton’s first LED spot luminaire that is factory-equipped with a framing system designed to offer lighting designers unlimited creative possibilities without any compromise.

“The Ayrton Ghiblis were amazing because over the two days of the conference, we were able to change their focus without the need of any access equipment,” said Steven Hill, Lighting Director at Sightline. “We could light the lectern, then with a hit of a button we could change to an entire stage wash.”

Four Ayrton Ghiblis were used to light the stage whilst two more were used for room effects. The final two were used to frame a banner, a feature that Steven said was flawless in execution.

“They really are an amazing fixture that lacks very little,” added Steven. “They can zoom from 7° to 56° evenly and quickly. They have a very flat field, with no hot spot, and good output with even dimming. It’s not too heavy either.”

Steven was also impressed with the gobo selection and colours offered by the Ghiblis, saying “We could propose many colours options for our client. We also fine-tuned the colour temperature based on what our video crew needed.”

The drapes were lit by 24 x ShowPRO Quad 18 LED whilst 12 x Martin MAC Auras illuminated the room and audience.