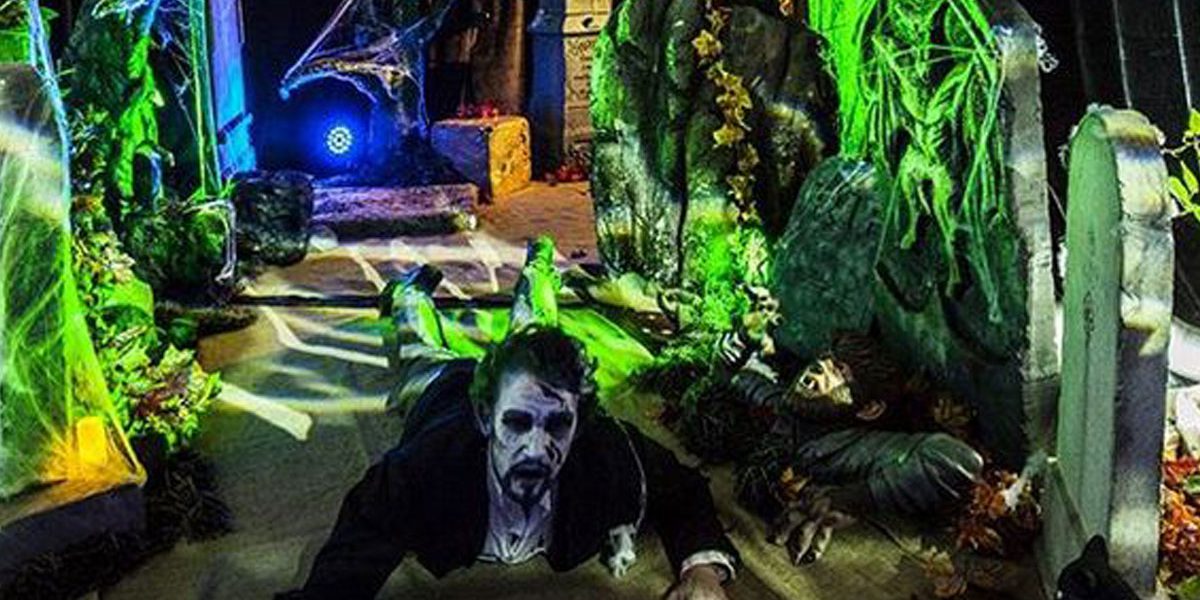 This year, Technical Director Tim Underwood had a host of new ShowPRO products enhancing the theme to make it the most visually terrifying Spooktober to date!

Key to the event were 60 ShowPRO Soma 3 Downlights which were used to spotlight specific tight areas in the Haunted House. One of Tim’s biggest hurdles was to supply a lighting solution in very confined spaces.

“The Soma 3 Downlights worked perfectly because I could only use a certain amount of light otherwise I would give everything away,” explained Tim. “They’re an RGB fixture that I could control and focus very easily. They were incredibly simple to install and set up. The fact that they only had one cable made my life very easy.”

For a few areas that needed more illumination Tim chose four ShowPro LED PAR Quad-7s and they were perfect for lighting up the larger scenes.

Of particular fun this year were the areas painted in UV paint; at first they appeared to be a dark room but as you enter they came to life thanks to six ShowPRO Slim LED BAR / UV strips that utilise the latest LED technology to deliver wide-angle saturated blacklight coverage.
“We set the power to the UV Bars on an infra-red trigger so that when people walked past the sensor there was a slight delay and then the UV light would come on lighting up the rooms in spectacular style,” said Tim.

Two ShowPRO Ripples that produce a multicolour LED water effect were used focused onto red Perspex produces a running stream of blood. Another Ripple was directed onto an animatronic prop to enforce the idea of movement.

Unfortunately smoke and haze is not allowed in the Town Hall but outside there was an Escape Tent which housed a ShowPRO Gig Haze water-based haze machine. The tent was well sealed and the haze was so effective, actors were able to hide in it and pop up to scare visitors.
This was Tim’s third year in charge of the event and he was bowled over by the rave reviews.