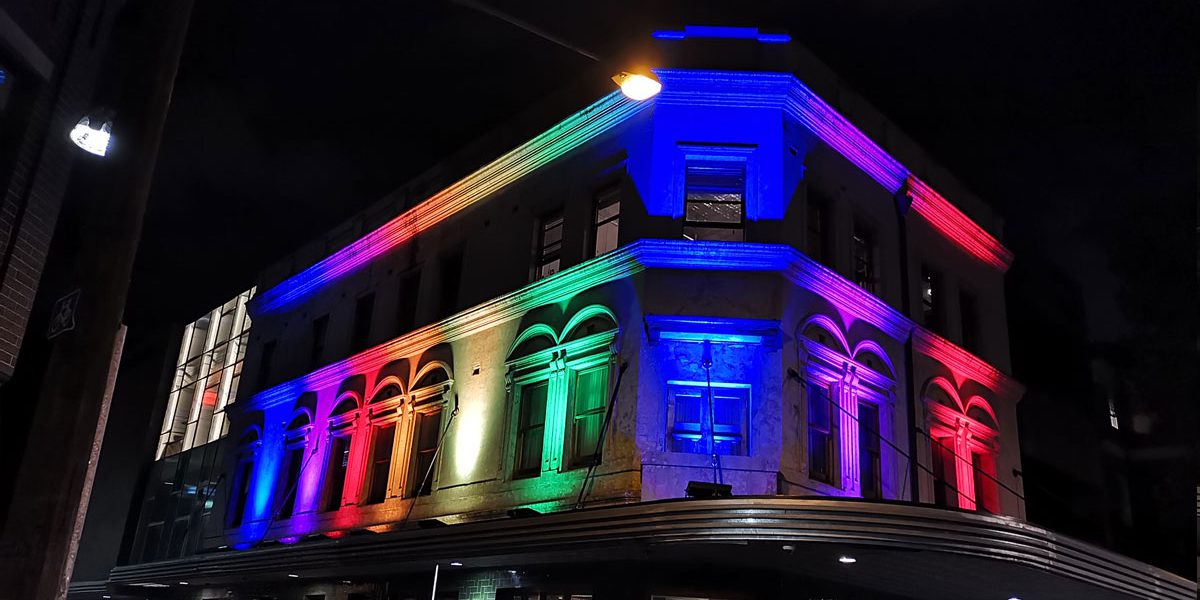 In 2018 to celebrate the 40th Anniversary of Sydney Gay and Lesbian Mardi Gras, Merivale thought it was a great opportunity to light the architectural elements of The Beresford Hotel. The idea was to enhance this historical venue by using ten ShowPRO EX36 LED Floods to light the building in the colours of the rainbow flag.

With a massive 288W of RGBW LED power, housed in a neat IP rated fixture, the ShowPRO EX36 LED Flood is Show Technology’s most sought after, high powered outdoor LED fixture yet.

Due to outstanding and success of the project, the decision has been made to implement this project as a permanent installation! During the week, the building’s exterior will be lit in a warm tungsten highlighting the key architectural elements of the building.

On Sundays the lighting will revert to the Rainbow colours to cross brand Merivale’s flagship event Beresford Sundays.

The installation was executed by Rob Hardy, Production Systems Technician from Merivale, with Tim Macfie of TDM Productions as lighting designer.