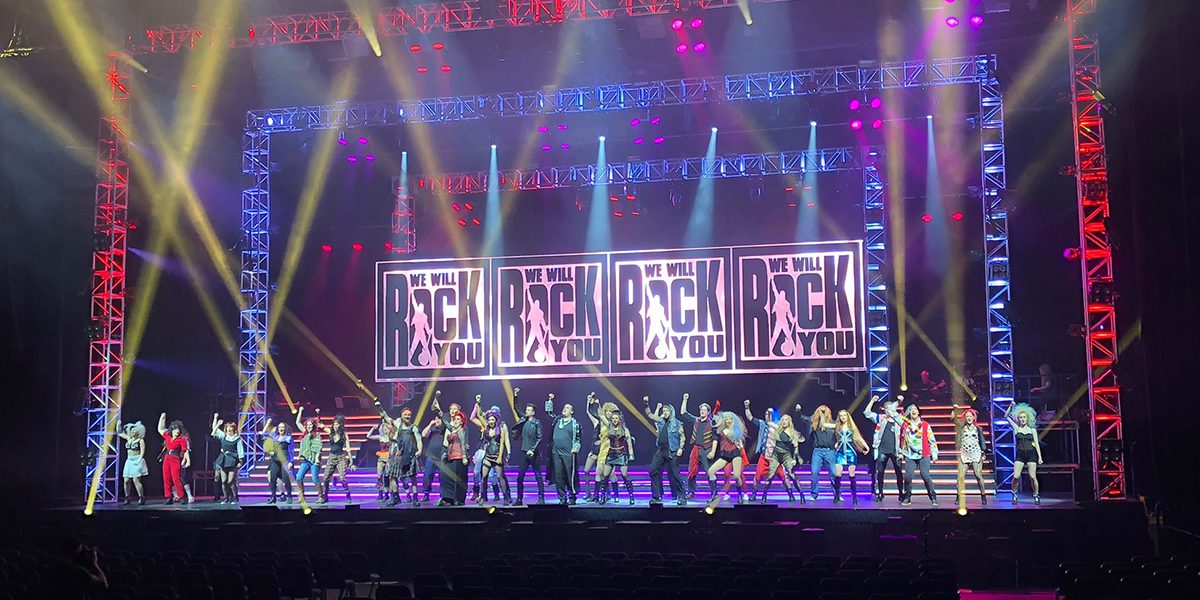 The Ghibli’s first major production was PeeWee Productions’ We Will Rock You – The Arena Spectacular held at Canberra’s AIS Arena and featuring spectacular lighting, video content from the original UK production, LED screens, mammoth sound production and a multi-dimensional set.

Eclipse’s Managing Director Chris Neal explains that traditionally his company is hired to provide lights with no particular rider demanding which make or model.

“We didn’t plan it that way,” he added. “It just happens that 99% of what we do is spec’d by ourselves. However, as the company grows, I want more fixtures that are acceptable on riders and are industry known.”

Chris was in the market for a bright LED profile fixture that could offer framing too and turned to his trusted Show Technology technical advisor, Mike Gearin, who directed him towards the Ghibli.

“I’m very keen to switch to LED products as I get sick of my crew asking for $3,000 worth of new lamps every other Friday!” he said. “The Ghiblis are insanely bright and when you think about, they pay for themselves over a short time just in bulb costs.”

Chris’ initial impression of the Ghibli was that it’s not overly large, like similar fixtures from other manufacturers.

“When we switched them on, I was also impressed by how even the edges are and there are zero hotspots,” he added. “Basically they have a good output with even dimming. They also have fast movement and a good choice of stock gobos.”

Eclipse’s Ghiblis were used for keylight on We Will Rock You – The Arena Spectacular with Chris commenting that they performed spectacularly.

“We got some huge looks out of them particularly as their amazing zoom range allowed us to zoom in really tight on someone as well as wash the stage when needed,” he said. “The framing shutters were awesome and allowed us to easily cut in close on things.”