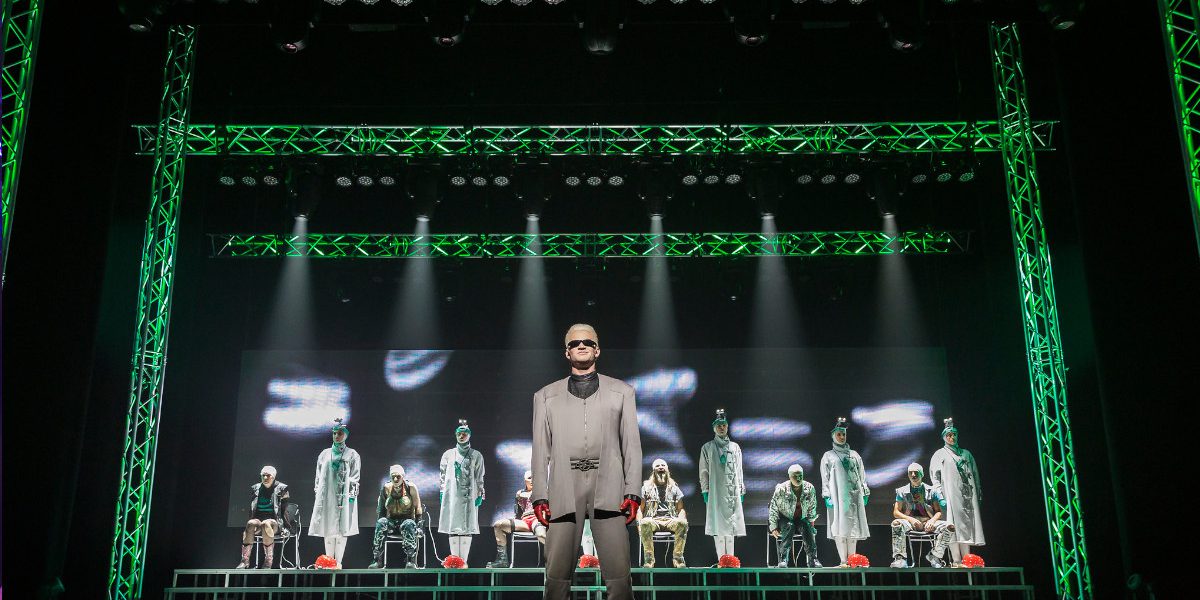 The New Zealand theatre company premiere of We Will Rock You was staged by Showbiz Christchurch at the Isaac Theatre Royal, opening March 29, 2019. The sets and costumes came from Queen Theatrical, with set design by renowned Stufish Entertainment Architects (London) and costumes designed by Tim Goodchild. The production is owned by the NZ Musical Theatre Consortium WWRY, and will be staged around New Zealand by the country’s leading theatre societies over the coming four years.

Lighting for this season was designed for Showbiz Christchurch by Grant Robertson of The Light Site featuring a rig of around 50 moving heads, along with quantities of LED pars, LED profiles and generic fixtures.

A key element of the set design are a series of truss arches which fly during the show into various configurations. Grant needed to light these truss pieces from within so he purchased 32 x ShowPRO LED PixPAR 1, a compact 15w RGBW fixture with a tight 12° beam that out punches its size. It’s the perfect source to highlight narrow columns or to spotlight unique features.

“They work very well for this purpose because their small profile doesn’t block the light from the next unit from passing, so the toning effect is very even,” commented Grant.

Featuring 16-bit dimming, superior passive cooling, and silent operation, the PixPAR 1 has proven to be a silent and discreet star on the show.

Credit: We Will Rock You, Showbiz Christchurch 2019 – Photographer Danielle Colvin