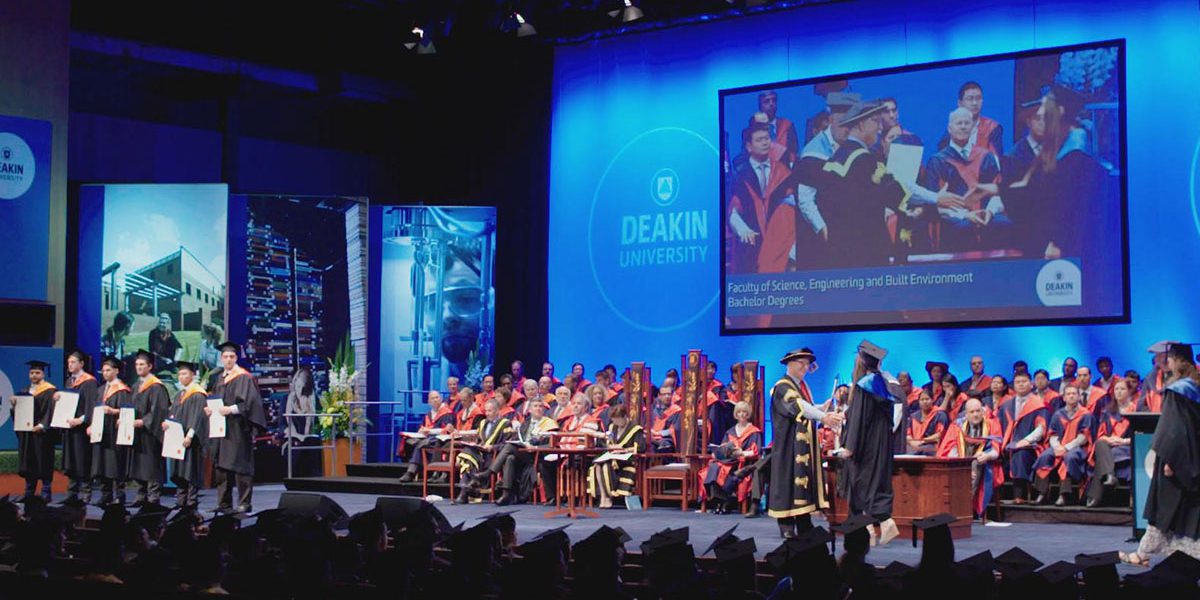 In a remarkable feat of architecture and engineering, Deakin University has converted Geelong’s old woolstores into a modern inner city campus site which also contains a state of the art, 1422 seat concert auditorium. This grand space now provides Geelong with a venue able to house large-scale concerts, conference meetings and lectures. Only a ten minute stroll from the Geelong Performing Arts Centre, the refurbished Costa Hall is a perfect venue for entertainment producers and conference organisers.

With the large push towards sustainable venues and LED technology, a conscious move was made towards LED lighting with Robert Juliat ZEP2 360 LED fresnels and Oz followspots top of the list.

“Previously we had 40 x 2K fresnels and 40 x PAR64s in the roof above the stage with Profiles out the front,” explained Dean. “It would get quite hot on stage that during the summer and the air conditioning just couldn’t keep up. Everybody comments on how cool the stage is now.”

The Robert Juliat ZEP2 is a high output, warm white LED source with a 200 mm Fresnel lens and great beam quality. It has an electronic flicker-free dimmable PSU to create a powerful yet economical LED washlight. Great for TV studio, theatre, event and architectural applications.

“At first I was a bit skeptical as to whether they would be punchy enough because the grid is 10 metres high,” added Dean. “However they’ve proved to be great and work really well. They have a brilliant flat and variable beam angle, and a silent operation which is a must seeing as we host orchestras!”

The long-throw Robert Juliat Oz followspots feature an exclusive 600W cool white LED source and are the first professional LED followspot able to deliver a high output comparable with that of 1200W discharge followspots. With its compact dimension, silent operation, smooth electronic dimming and the benefits of no lamp change and powerful output, Oz is the perfect front of house spot for larger venues and full size theatres.

“The RJ Oz followspot has exceeded our expectations,” remarked Dean. “Again, you can’t fault the brightness, beam quality, quality build, reliability and power consumption. Its lack of ballast and the general heat reduction is also a great advantage.”