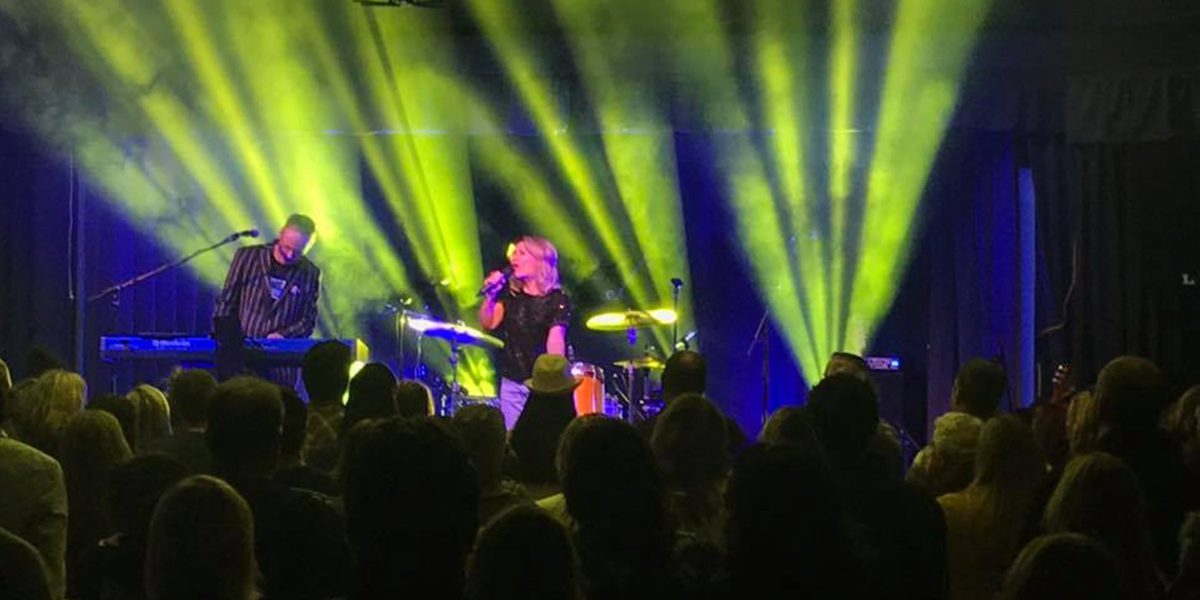 Over the past couple of years, Gippsland’s Sapphire Lighting & Audio Production has steadily grown to be a major force in this regional area supplying production for musical theatre, live music, festivals and also corporate events.

“We’ve grown the business to a point where we can be taken as a serious contender,” said Benn Sargood, Managing Director at Sapphire. “We prefer to deliver custom solutions, something that actually requires some groundwork to design and build, rather than just a turnkey solution.”

Benn has just purchased two Aytron Ghiblis for a three month tour and once they return, he plans to add six more.

“We’ll then have eight of them to do some serious work with!” he said. “The Ghibli is an all in one fixture. With other fixtures, you lose a gobo wheel if you have the shuttering but with the Ghibli you keep the two gobo wheels and get the shuttering. When you also add in the size and weight of the fixture, it really ticked all the boxes for us. The LED engine is great because being regional means that some venues we go to lack power. We can now give our client the big show feel in their small venues.”

As the company has grown, Show Technology has been Benn’s favoured supplier and not so long ago he added eight Martin Atomic LED Strobes to his inventory, saying they’re great and can easily be substituted in or out for a classic Atomic.

“We also bought a bunch of ShowPRO Profile FC which are awesome,” added Benn. “Again, they have low power consumption, great variability of colour and we have a vast selection of lens tubes. With the change a lens tube, it can do just about anything!”

The workhorse of Benn’s fleet are ten ShowPRO Fusion PARs with Benn remarking that their output is phenomenal.

“It’s a simple yet effective unit to put out anywhere,” he said. “Anyone can drive it because you can change the mode. It can be something as simple as colour control or you can have a whole bunch of other stuff whether it’s in 16-bit mode or whatever else you choose to do.”

Benn further commented that the guys at Show Technology in Melbourne are fantastic and that the service is amazing!