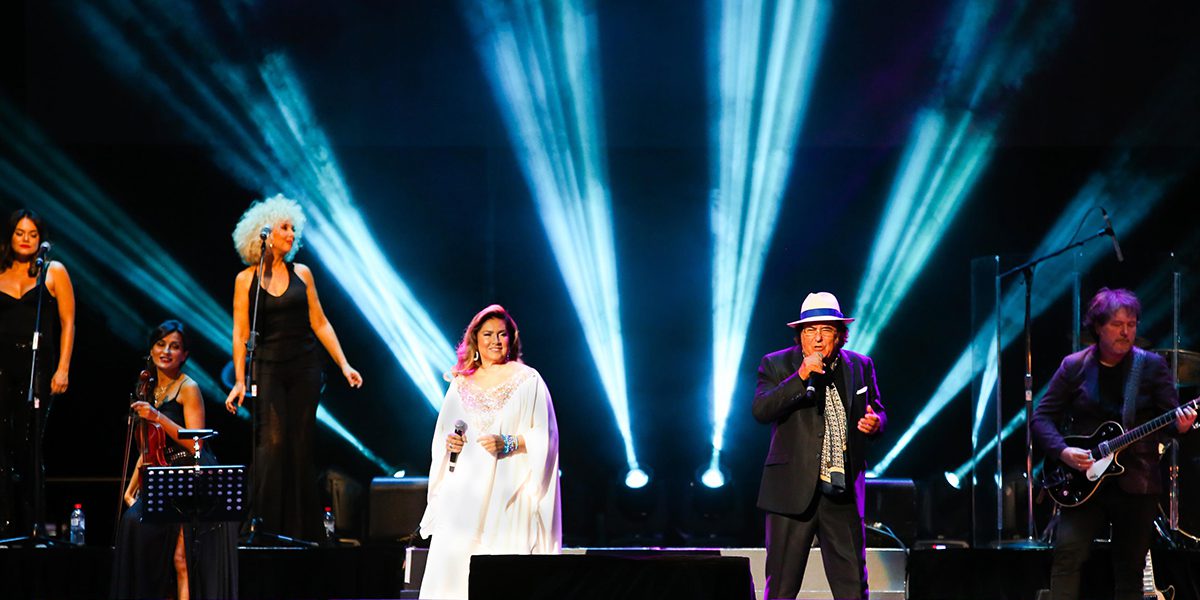 Legendary Italian-duo Al Bano & Romina Power recently played in Australia wowing sold-out audiences at the Margaret Court Arena and Sydney’s State Theatre. At Eurovision they admirably represented Italy with two top 10 finishes in 1976 and 1985. Because of their individual careers it appears this could have been their last appearance together in Australian soil.

“The act desired a really strong front wash so the Scenius Profile was the perfect choice as they gave us a reliable, bright, high CRI spot with framing” commented Jason. “The rest of the rig also had to be very reliable as we did not have a lot of opportunity to move the rig up and down for troubleshooting. The fixture needed to turn on and go, so obviously the Scenius Spot and the MAC Aura made sense.”

Claypaky Mythos were added as a multifunction fixture providing either clean beams or stunning gobos and breakups across the stage through haze.

“The basic design for the show was to have lots of saturated colours to match the video content on screen while also being able to flip to much softer looks with very clean breakups” added Jason. “The X Blinders were located on the FOH truss as audience wash, the act would engage with the audience a lot during the show so this was a very important part for the act” According to Jason the artist was very happy with the outcome – quite an achievement for him as the songs were all in Italian and neither he nor the production manager could understand any of them!

The language barrier meant that Jason had to work on the fly but fortunately he had an MA2 light which allowed him to make quick adjustments and offered him a lot of flexibility.

Gaby from Custom Audio Solutions was the Production Manager for this tour.