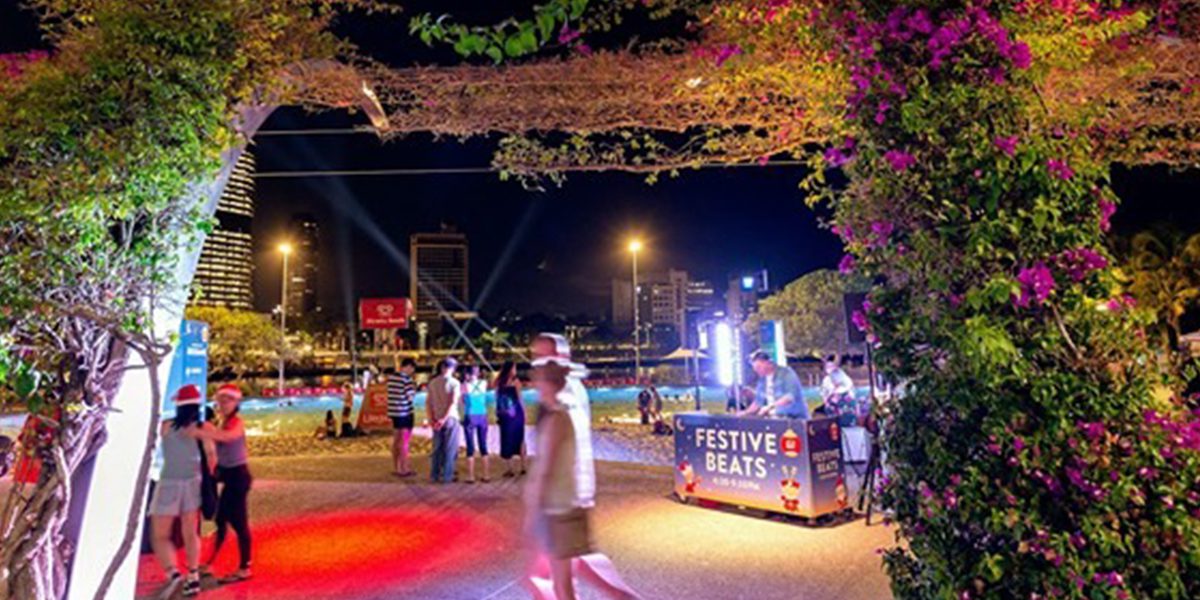 Brisbane’s South Bank Grand Arbour is a kilometre long arbour that functions as a pedestrian walkway connecting the Griffith Film School on the corner of Dock Street and Vulture Street to the Cultural Forecourt adjacent to QPAC, as well as the rest of the South Bank Parklands through which it runs.

Designed by Melbourne-based architectural firm Denton Corker Marshall, the arbour was officially opened in 2000 and features 443 steel tendrils upon which a bougainvillaea canopy is grown.

In the evening the arbour was lit by 70W metal halide lamps which not only consumed a fair bit of power, they had no colour changing ability.

Neale Clancy, Electrical Supervisor for City Parkland Services, decided it was time for a colourful revamp and so he searched the market for an ideal low voltage, colour changing LED fixture.

Adam White at Show Technology’s Brisbane office showed Neale the Studio Due PARLED 100, an RGBW IP 67 flood projector, and straightaway Neale knew he had found the answer. These discreet grey-coloured units, with their fully die-cast aluminium robust design, are able to nestle into the arbour from where they can deliver a high light output and spectacular effects. They are also controlled via WiFi.

“Since installation, the Studio Due Par LEDs have been performing really well despite lots of heavy rain and searing temperatures,” commented Neale. “It’s been really great to be able to change colours on the Arbour. Plus they draw so much less power which has to be a bonus!”