Top Innings for Claypaky Sharpy Plus and Sharpy Beams! 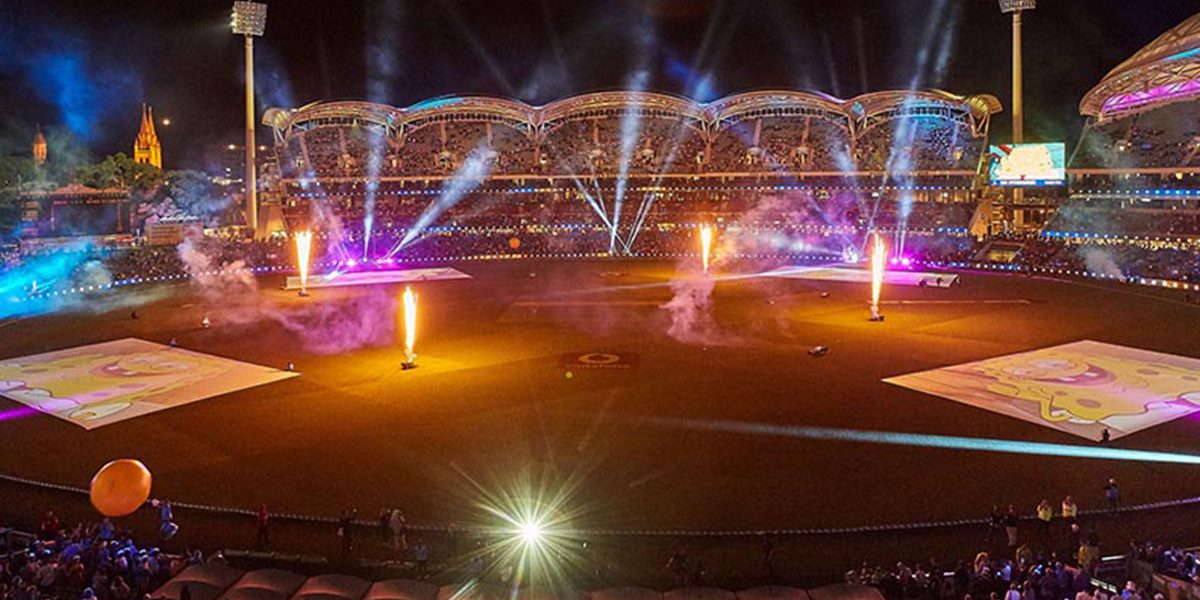 Long-term production partner Novatech Creative Event Technology (NCET) outdid themselves on Dec 31, as the Adelaide Strikers took on Sydney Thunder. Video and content gurus Campfire Content put together a spectacular video programme that sent the beloved children’s character in to bat and bowl, in a massive, immersive show that completely took over Adelaide Oval just seven minutes after the game concluded.

A huge lighting rig consisting of six prebuilt trusses fitted with turf-friendly tyres were rolled out during the changeover. Each truss was 12 metres long and sported 32 x Claypaky Sharpys and 24 x Sharpy Plus units.

“The Sharpy Beams were mainly used as a beam aerial effect, as they are such a powerful beam fixture with high-speed pan and tilt,” commented Cameron Whitehead Lighting Tech at NCET. “We loved using them for large accents on the tracks and to fill the sky with colour beams.”

The Sharpy Plus is a new fixture to the Novatech lighting department and was a perfect addition to the Big Bash Show, having the capability of the beam mode while also having the option of using the zoom function on such a high output light.

According to Cameron, the Sharpy Beams and Sharpy Pluses performed flawlessly and didn’t skip a beat throughout the plotting days and show, which was outstanding as they were outdoors in 35-45°C weather for several days building up to the show.

“Spongebob Squarepants is not the first character that comes to mind when you think of cricket,” admits Leko, Managing Director at NCET, “but the BBL, TLA Worldwide, and Nickelodeon wanted something cool and different. With some clever design and fun new tech, I think we hit the brief for six!”
Programmer & Operator: Cameron Whitehead
Project Manager & Designer: Andrew Krenske