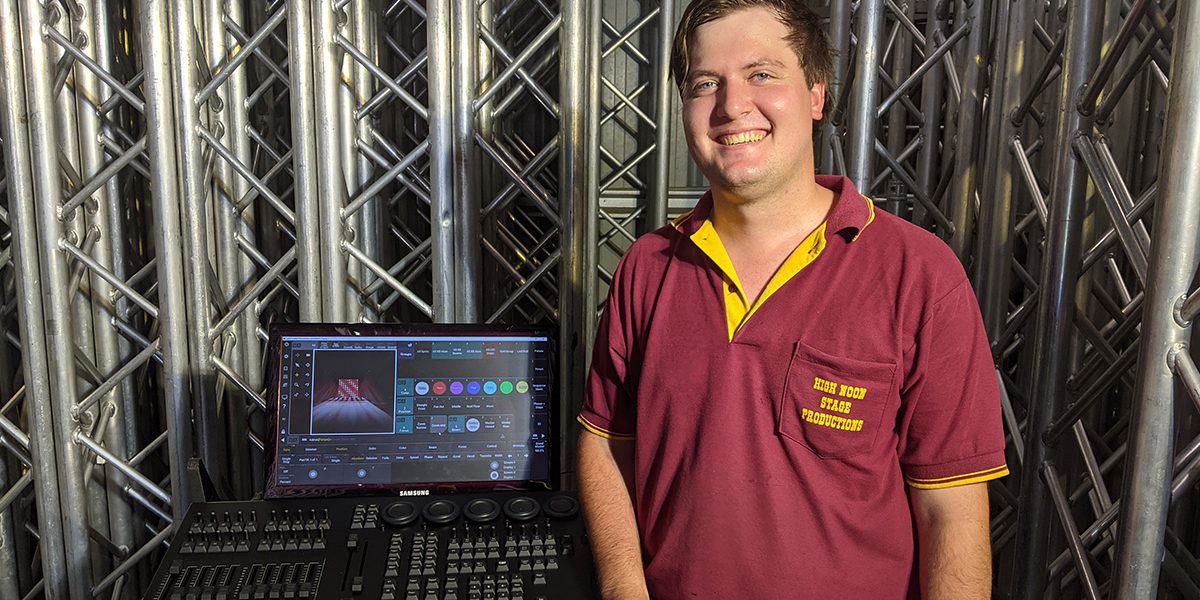 Founded in 1990, High Noon Stage Productions has provided exceptional services to the industry for over 30 years. Based in Brisbane, they can easily service all of South East Queensland and beyond.

Despite the ever-present threat of Covid-19, High Noon found themselves very busy at the start of spring last year and owner Dyke Dunning was badgered by his staff to purchase a new console!

“The majority of our shows are between 40 and 100 movers so we didn’t need a full-size console and the MA Lighting MA3 onPC command wing XT was perfect,” commented Dyke.

Dyke has five full-time staff upon who he lavishes praise and they all stuck with him through the bleaker Covid-19 months. Senior Lighting Designer / Operator Dan Sharp is in his element getting to know the MA3 onPC command wing XT.

“What I especially like is that unlike the PC wing it doesn’t need a computer as its all built-in,” he said. “So when we rock up to a show, we just add a touchscreen to it and off it goes. It really is plug and play.”

“The hardware it ships with is very high quality but you’d expect that from MA,” added Dan.

“In my opinion, it’s a good step up from the MA2 and the software has definitely stepped up particularly the effects engine and the layout of the software,” commented Dan. “It feels much more intuitive to use. I found MA2 software bewildering at first and you could easily get lost. However, with MA3, I feel its cut back until you actually want to get into the advanced stuff.”

“The wing has a lot more physical playbacks on it compared to the MA2 version including motorised faders,” said Dan. “It makes it a lot more usable straight out of the box to run a show. You can lay it out a lot easier than the MA2 and run a show a lot more comfortably.

“I felt the MA2 onPC command wing lacked a lot of playback and you were quite confined when it came to running a show on it. Our grandMA3 onPC command wing XT can do eight universes out which is great for the size of shows we do, and you can lay it out a lot more freely as you don’t have to rely on more screens or put more stuff over pages.”