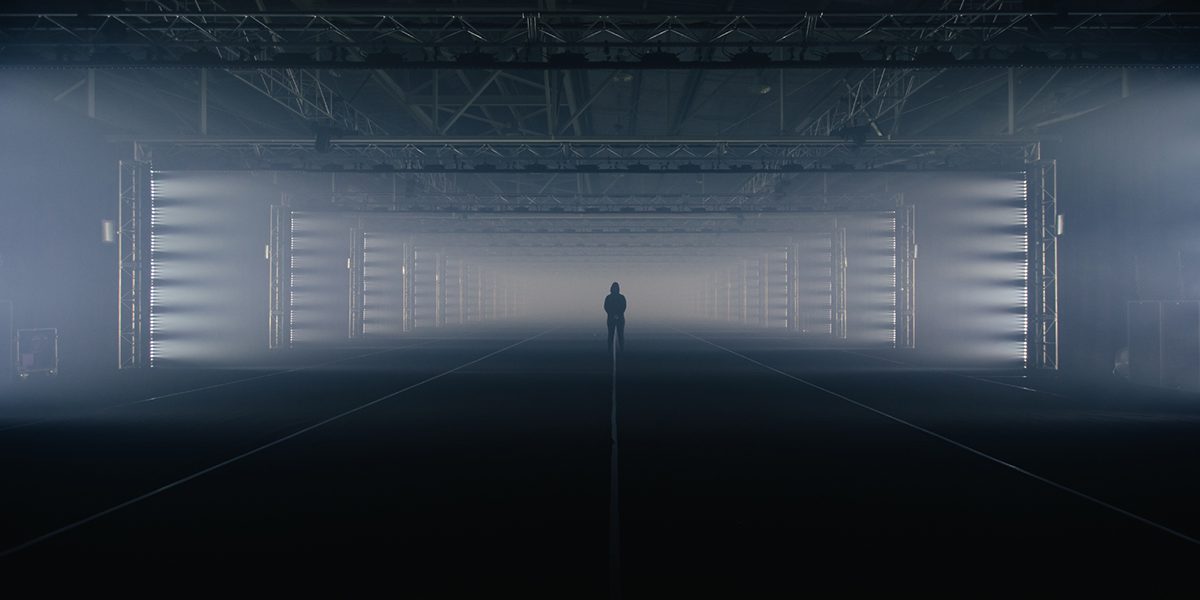 Hobart’s Alive Technologies were tasked with supplying and installing one of Dark Mofo 2021’s most popular installations entitled 3.2, an artwork of algorithmic light patterns with a sound of modular synthesizers.

Described as a ‘great chamber of light and deep, body-shaking vibrations’ the work designed by 404.zero, a Russian duo of artists Kristina Karpysheva and Aleksandr Letsius who have a dark fascination with death and the cosmos.

“We got a phone call from DarkLab asking if we could get our hands on hundreds of pixel bar fixtures so I got straight on the phone!” said Nathaniel Collins, project manager for Alive Technologies.

Whilst a couple of the mainland’s larger production companies owned over 100 ShowPRO LED Fusion BAR Q XV each, they were all booked for other projects and so Nathaniel had to source 300 of them from several smaller companies around Australia.

The artwork was held at an old hardware warehouse in the area named Dark Downtown. The LED Fusion Bar Q XV setup was twelve truss arches 5m apart down the length of the room. The trim height of the roof was quite low which meant a bit of fiddling around to make it all work in that venue.

“The arches were the same height as the roof and also had a very wide span so we had to add a mother truss for weight loading purposes,” said Nathaniel. “Two weeks prior to the bump in, the venue layed a basketball floor so we weren’t allowed to drive in there without laying boards”.

Installing the LED Fusion Bar Q XV fixtures was no walk in the park either as they’re measured to the millimetre for ultimate accuracy. However, they were certainly the correct fixture for the job producing deep, saturated, perfectly mixed colours for wall grazing and dynamic linear washes and effects.

“It looked absolutely amazing,” commented Nathaniel. “Everyone who went through was commenting on how incredible it was. The Fusion BAR Q XVs were very good, we took the soft out of them because the artists wanted a very narrow beam and they were very successful.”

Colourblind Lighting was contracted by Dark Mofo to supply the TouchDesigner software, servers and to liase with artists Kristina Karpysheva and Aleksandr Letsius.