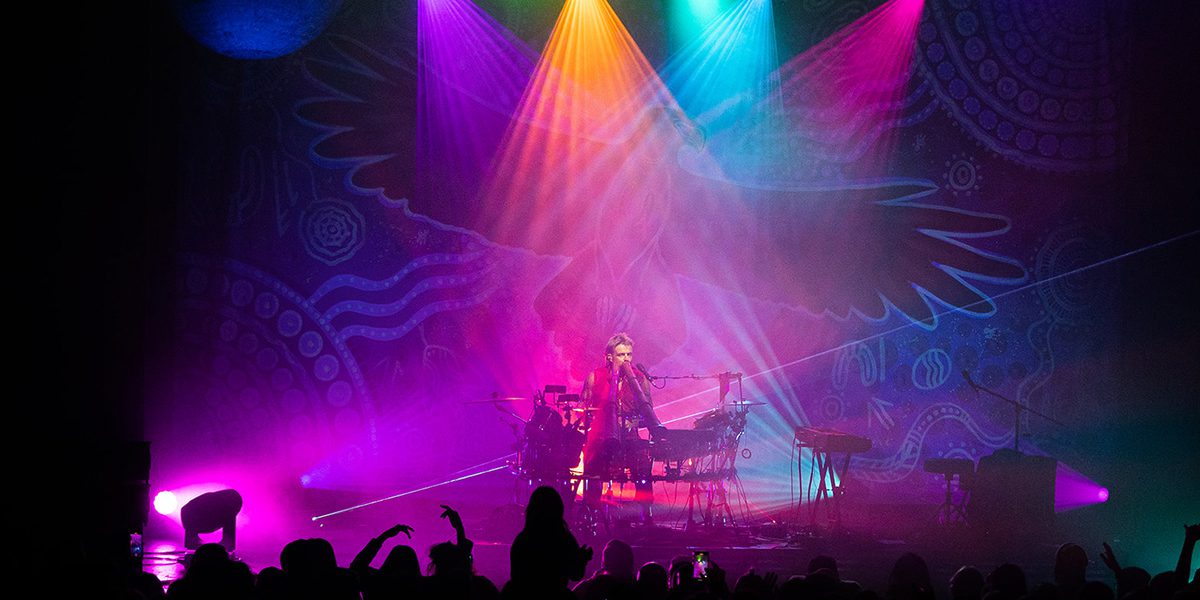 IJS Productions are the proud owners of sixteen Ayrton Perseo, the feature-packed light that will add versatility to their inventory.

“We had heard great things about the Perseos from other production companies,” explained Steve Grimes, IJS’ General Manager. “They really did tick a lot of boxes and they’re a bloody good light as well! They have very good optics, great colours, heaps of output and are IP65 rated.

“Plus I wanted to buy from Show Technology because they provide THE best service.”

So far, Steve says that the Perseos have been very rider-friendly with people very happy to have them. One such person is lighting designer Regan Hammond who is currently touring the country with Xavier Rudd’s Jan Juc Moon tour accompanied by ten of IJS’s Ayrton Perseo fixtures.

“I haven’t had the need to use all the features, but from what I’ve seen so far they are a great fixture,” he remarked. “I think the optics are amazing in all of the Ayrton moving heads and these are no exception.

“They have nice colour mixing, great control regarding zoom and the framing shutter system and, being IP65 rated and also with wireless DMX/RDM features, they are a great moving profile for any production house or concert venue to own.

“If I had any complaints at all it would be that some of the gobos in the indexing gobo wheel aren’t my personal favourites but there are plenty of other LD’s that would probably love them. And I assume they are interchangeable so you could always swap out with a favoured ‘custom’ gobo.

“I’d definitely be happy to use the Perseos for future tours and most other lighting applications as well.”