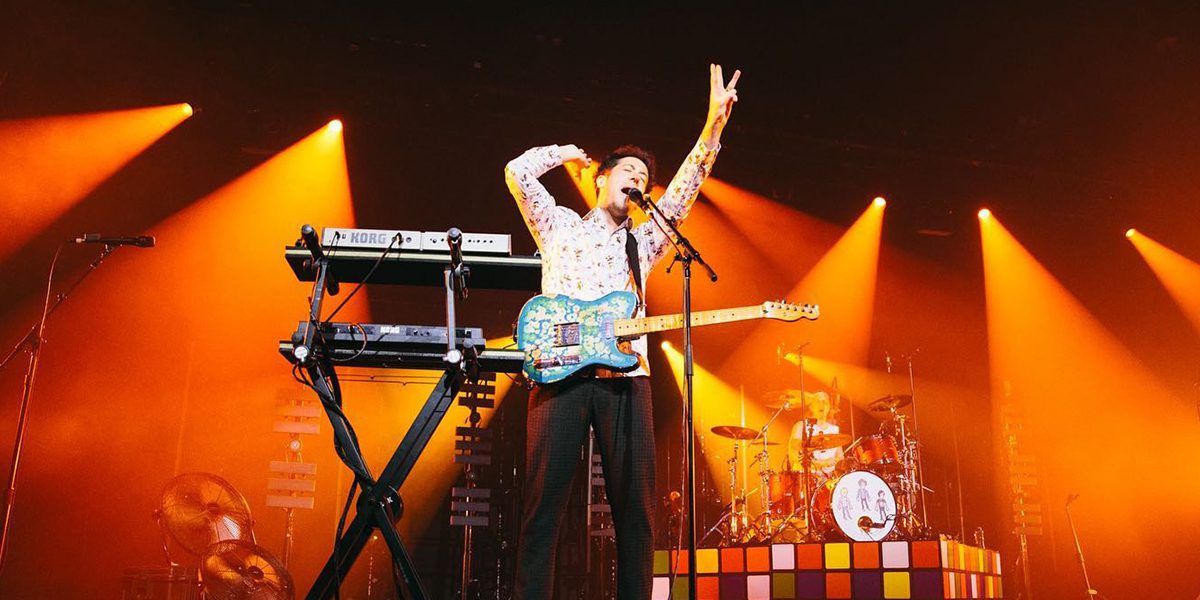 In preparing for the tour, Dave decided it was time to dive into the MA3 software and whilst the software was in development throughout and improving, ultimately it was a very stable crash-free experience on MA3 software and Showtech support was always there to assist with small issues or teething problems as they might have arisen during the tour.
“For our main shows, it worked flawlessly and we started to use Recipes – which I really like – in the second half of the programming which definitely made it easier to update cues,” commented Dave”

During the tour Dave switched seamlessly between an MA3 compact, MA3 light and an MA3 full-size console depending on the size of the gig – there was always an MA console to suit!
“The flexibility of the MA hardware is great,” said Dave. “I used the MA3 compact in Europe and the US as it was easily transportable on a plane and an MA3 light in the UK. I used a full-size with the compact as a backup for the main arena shows. I bought a tablet for the compact so that I had two screens. I just reconfigured the screens depending on the model.

“I made a bunch of different views that could bounce between different consoles so if I was on the full-size console I could select full-size programming and so on. Then I automatically got the windows and sizing that I wanted.”

During a show in Paris, Dave lost the ability to activate his touchscreen, then it died and the display port stopped working. He was down to one screen which was extremely challenging for this show.

“As we were having to clone nearly every day it would consume so much time,” said Dave. “I called Show Technology and the next thing I knew was Oliver from MA Lighting was driving to the next gig with another console! He replaced the display port whilst I updated my show on the replacement console. Great service!”

The band adopted a ‘1980s 8-bit’ theme for their album artwork including Rubik’s Cube-inspired artwork. Originally Dave planned to incorporate this theme in video facades on the risers but transport didn’t allow for this and so he looked for something small that he to use.

“I discovered the Martin VDO Fatron 20 LED video battens and I thought they looked cool,” he commented. “I found that they had diffusers that allowed you to create a pixelated look which in turn worked in with the whole 8-bit look.”

Dave was then delighted to learn that the VDO Fatron 20 was lightweight and could be flown, in fact, he managed to squeeze 54 pieces, along with power supply and cables, into three Pelican cases which weighed in at 31 kilos. The show featured six frames behind the band with each frame houses nine Fatrons.

Dave runs a mixture of Resolume and DMX out of the console into the Fatron. The new Hybrid patching mode for the Fatron in P3 allowed for seamless switching between video and straight DMX control from the MA without the need for any sort of convoluted complex network and merging setups.

“It allows us to patch the console with DMX channels and do an NDI video file straight out to the Fatron,” said Dave. “We’re able to map them and then send to video via Resolume to them.”

Dave specified one of his favourite fixtures, the Ayrton Mistral, for the show with thirty-six of them spread over the stage, nine to each of the four trusses.

“I love the Mistral,” he declared. “It’s lightweight, bright and has great colours. In Australia, we decided to swap out the nine Mistrals on the front truss for ShowPRO Neptune 400 Hybrid fixtures as we had some outdoors shows. We discovered that they are nearly identical in output and colour temperature to the Mistrals although the zoom range and gobos are quite different. They performed flawlessly and never missed a beat.”

The Wombats continue their tour soon with Australian shows happening in December.