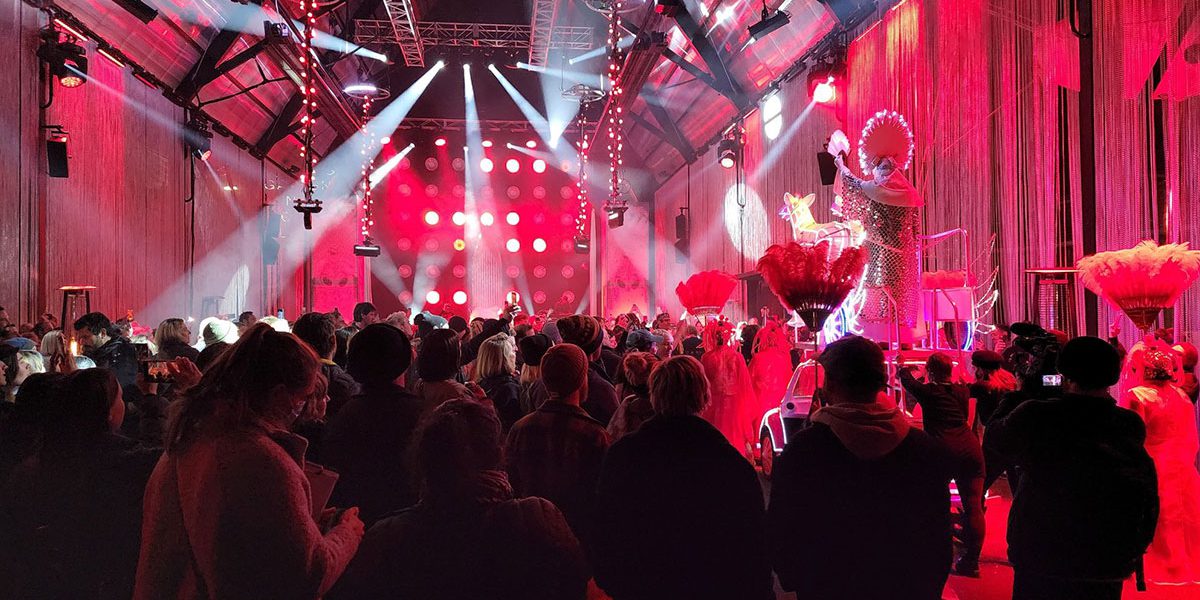 Pope Alice invited revellers to enter the portal onto their spectacular Planet-X for a celestial rave, initiating a cosmic cast of after-dark DJs and interstellar artists. Each night, Pope Alice reigned over two performances of interactions between angels and zombies, and birds and bats.

Alive Technologies were tasked with lighting this visual feast and fortunately for them, a dozen Ayrton Diablos, the smallest, lightest and most efficient luminaire of its category, arrived just in time for the gig.

“We literally unpacked them out of the box and installed them straight into the gig,” commented Colin Boucher, Alive Technologies’ Project Manager. “We needed an LED-based profile fixture in our inventory and Matt Marshall, the lighting designer for Planet-X, highly recommended the Ayrton Diablo – in fact, he could stop raving about them!”

After a good look at the fixture, the order was placed and Alive Technologies are thrilled with their Diablos marvelling at how many features are packed into such a compact fixture.

“They are a fantastic little fixture,” added Colin. “The shuttering engine worked well and their CTO is beautiful, the colour temperature you can get out of the Diablo is very nice. Diablo’s large zoom range is impressive plus they are lightweight and fast. The frost is good too which was all good for this show as it’s theatre-based with lots of subtle front washes and then during the actual performances, they did great beam looks with heaps of punch.”

Colin remarked that Diablo’s gobo set worked well for this performance with its futuristic yet 70s-inspired theme complete with mirror balls.

For Planet-X, six Diablos were hung on the front truss with four as a floor package. Also in the rig was 32 x ShowPRO Fusion Bars around the perimeter down-lighting a stunning, massive chain curtain. A heap of ShowPRO EX36 LED Floods were also in the rig with MA Lighting MA2 in control.

“We had an MA2 light as well as an MA2 Node as we had a heap of LED festoon and LED Pixel Tape that resulted in approximately 7000 parametres,” said Colin. “We were right on the limit because the LED tape and festoon were also pixel-mapped!”