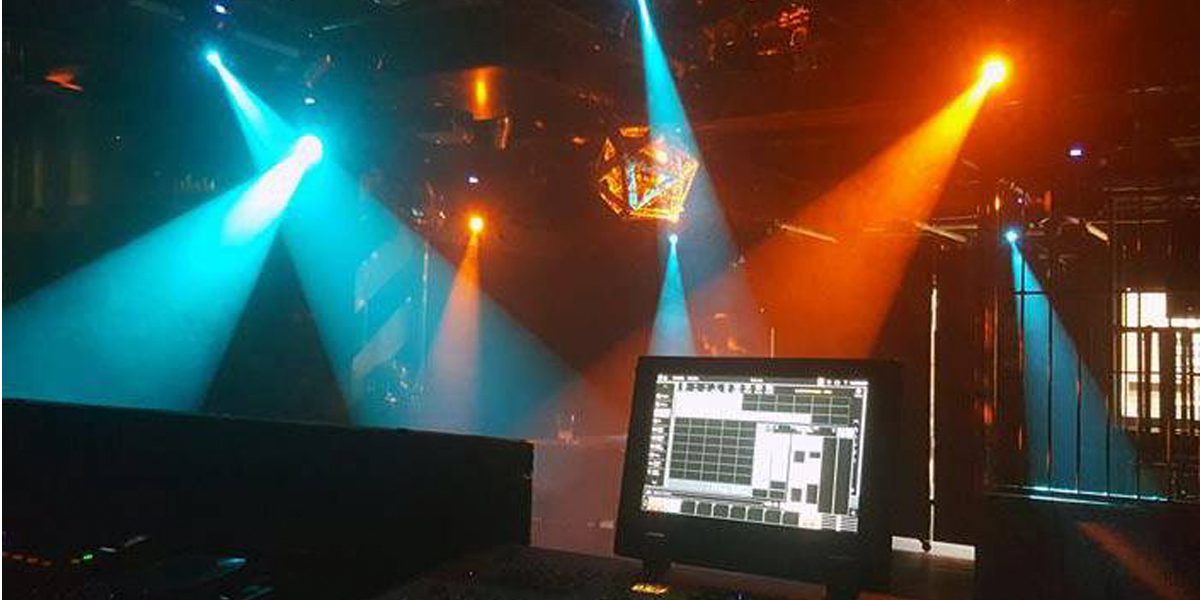 Australia’s longest running men-only gay hotel, The Laird in Melbourne, recently held a leather party bringing in extra lighting gear to make the night special.
The lighting was designed by the Hotel’s resident lighting person Allan ‘Pearl’ Parkinson along with the supplier Paul Nardella of On Track Lighting. The centre piece was a custom made mirrorball encased in a mirrored structure.
The main problem faced by Paul was the low ceiling and so he immediately thought of the small Martin Professional RUSH MH8 Mini Profile, supplying six of them along with four RUSH MH5.
“The good thing about using RUSH MH5’s and MH8’s together is that their colours are exactly the same,” said Paul. “The MH5 is a 75 watt fixture and the MH8 is only 18 watt yet the colours are still rich and match really well, so when you program them there’s no having to try match palettes.”
For a bit of bling, Paul added four RUSH Strobe CWLs and for dance floor wash he had three sets of ShowPro LED Tri-12 Pars with four Par lights in a set.
“The Pars worked really well, they have a great spread on them,” he remarked. “For a small lightweight Par can they are amazing plus they have an all wireless connection through the USB. It means you don’t have to run any data to them which is cool.”
Atmosphere was supplied by a JEM K1 hazer and a Unique 2.1 hazer. For control Paul supplied a Martin M1 console as neither he nor Pearl will use anything else.
According to Paul the night was a resounding success with great feedback from the clientele.
“We do a lot of the gay dance parties in Melbourne and they are so pedantic with lighting,” he said. “They look at everything, even things like colour richness and gobo choices so you have to do a good job!”