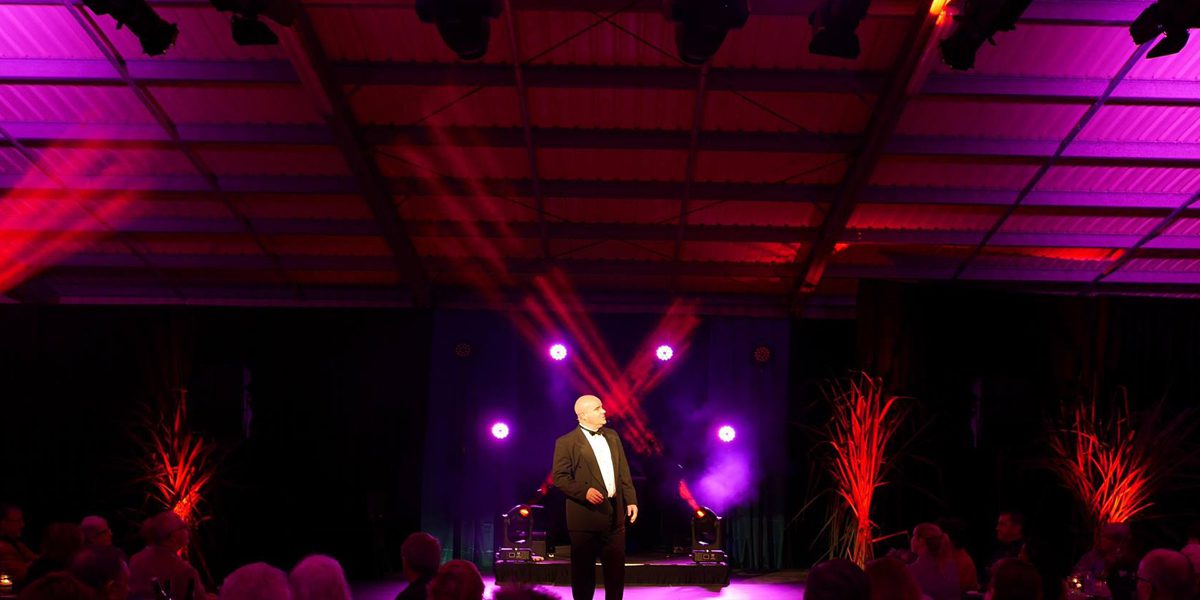 White Horse Audio provides high-quality audio production and lighting solutions for indoor and outdoor events in South East Queensland, the Sunshine Coast and in Northern New South Wales.
Over the past few months Richard Brown of White Horse has been adding a fair bit of lighting loveliness to his inventory including Martin Professional RUSH MH7, Unique hazers and from ShowPro there are PixPads, Quad 18’s, LED Fresnel W/W DMX Zoom, LED Profile HP, and Quad-4 Uplights.
Richard was amazed at the brightness of the RUSH MH7 especially for a 250 watt light saying that they have an incredibly fine focus too.
“The optics in them are spectacular especially when compared to other fixtures on the market for around that price,” he added. “We didn’t have a large amount of moving lights so we really wanted an all-in-one hybrid light to fit all of our needs. Now we have a wash, beam and profile in one! For the type of jobs that we do, we can’t justify using both beam and wash fixtures as there often isn’t enough room. A compact hybrid light is definitely the best fit.”
In the past White Horse Audio has stocked mainly Litecraft lights but Richard has sold off most of them preferring to switch to ShowPro products.
“We’re definitely coming across to the Show Technology family, good and proper,” stated Richard. “We’re streamlining everything to an LED solution which makes a big difference on power consumption and heat on the job. We have the ShowPro LED Fresnels which are an awesome fixture – as are the LED Profile HP’s! We also have sixteen ShowPro Quad 18 LED Pars and sixteen Quad-4 Uplights which are fantastic.”
For a little bit of eye candy and stage effects, Richard purchased sixteen ShowPro PixPads and he has found them particularly useful for daytime shows.
“We’ve been very happy with the PixPads,” he said. “They are so versatile, you can rig them so many different ways.”
With most of White Horses’ shows catering to 200 – 500 people, they now have the ideal rig that is slim line, lightweight and power light.