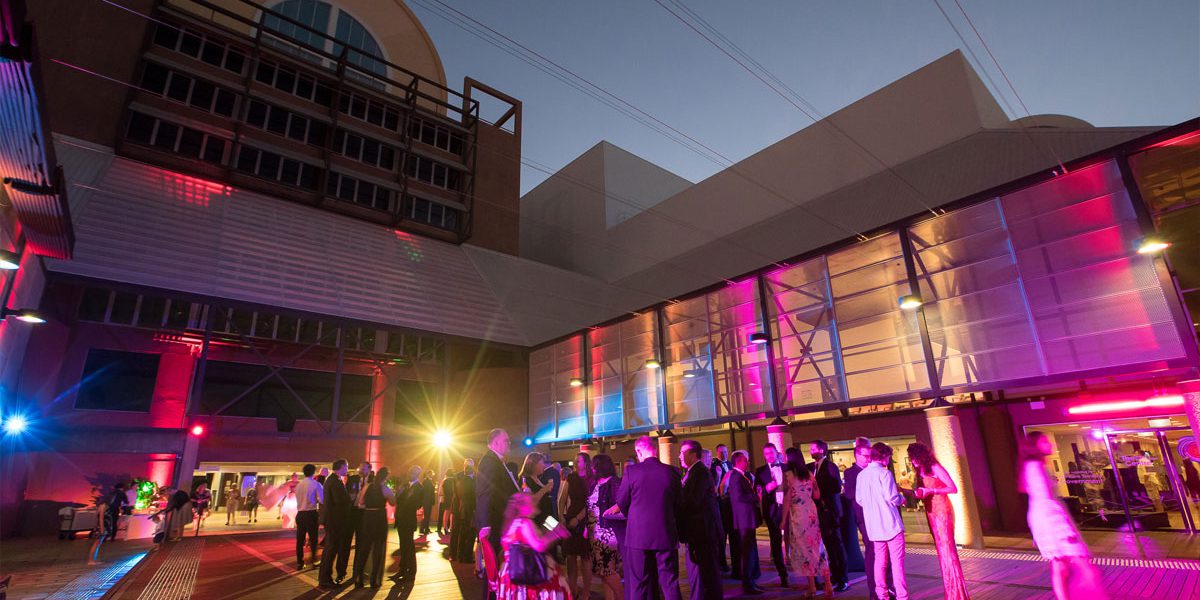 Queensland’s Jam Productions recently invested in four ShowPro LED Fresnels, with manual zoom, and two Pharos LED Profiles. At the same time, twenty-four ShowPro Apollo battery-powered, outdoor-rated RGBW LED high-output uplights were also delivered.
“With LED fixtures becoming so good, especially the incandescent stuff, it was a no brainer for us,” said Justin Ogge, Production Manager at Jam Productions. “Being able to bypass dimmers altogether, it means we can just run DMX to the truss and we’re good to go. When I first saw the Pharos LED Profiles in action I was amazed and could not tell the difference between them and a standard Profile fixture.”
The Pharos is a compact LED profile with output comparable to 575W ellipsoidal reflector spotlights. As Jam Productions mainly work in the conference market, Justin says the Pharos is a must have piece of gear and further comments that it is a nice, warm fixture.
The ShowPro LED Fresnel also delivers warm-white LED power and is a great option for venues, theatres, studios and production companies looking to increase the versatility of their white light fixtures.
The photographs show the recent Aon Conference held at the Cairns Convention Centre where, despite the high roof and large stage, the ShowPro LED Fresnels and Pharos did an outstanding job.
Not to be outdone, the Apollo fixtures also looked stunning lighting the way to the event and uplighting trees at the alfresco dinner.
“In the corporate market you’re often uplighting trees or architecture in strange places where there is not a lot of power so the Apollo fixtures are ideal,” continued Justin. “We’re really impressed by their small infrared remote control which means you don’t have to get down on your knees to change the colours! They’re also W-DMX capable, which I’ve always been a big fan of, so we bought a Wireless DMX Transmitter as well enabling us to talk to them from a console if required.”
Justin and his crew are very impressed by the amount of labour time saved with the Apollo fixtures – no more running cables all over the site!