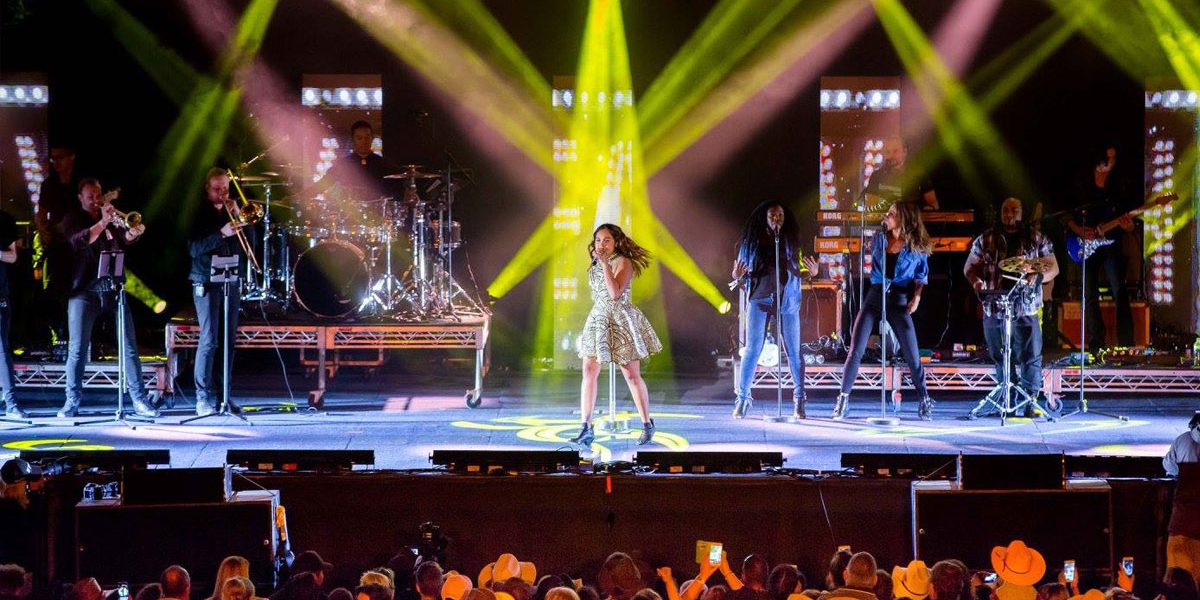 NW Group has beefed up its’ Melbourne and Brisbane inventory with the purchase of Martin Professional MAC Quantum Profiles, MAC Aura XB Washes and an MA Lighting International MA2 light console.
“Following our substantial purchases in 2016 of MAC Quantum Wash and Profiles, MAC Aura, MAC Vipers and MA consoles, it was a natural decision for us to continue along that product line for our Brisbane and Melbourne offices,” said Graeme Whitehouse, General Manager. “Both locations purchased MAC Quantum Profiles and we stepped up to the Aura XB this time around. It’s a logical choice to span our client base, ranging from very corporate, to Arts and Entertainment. MA2 consoles, alongside onPC command and onPC fader wing systems round out our national fleet of MA control, meaning we can transfer our product to our interstate locations as required, maximising our return while maintaining consistency for our project managers and operators.”
As soon as the Brisbane gear arrived it was sent to The Gympie Muster where NW Group deliver end to end full service production on the three largest stages including Main Stage. There’s nothing like the dusty and dry conditions in Gympie to test out new kit!
The MAC Quantum Profiles were used on Main Stage for a mixture of break up gobos, aerial and beam looks and James Dee, NW Group’s Account Manager, was very impressed with the speed of the unit and the smooth CMY colour mixing and dimming curve.
“They are a very impressive, extremely bright LED fixture,” he added. “The Quantum’s Animotion effect added an extra layer of beam animations to our plotted looks. The MAC Aura XB’s were used as the main wash light on the stage. They are a compact, lightweight unit that deliver a great punch from a single lens unit. The Aura XB also has a very impressive zoom and lens design and can deliver in its own right some really tight beam looks.”
James reports that their new Martin products were incredibly reliable, easy to rig and configure. He added that they performed extremely well under harsh country conditions.
“As for the MA2, it’s the perfect fit for the Brisbane office, powerful enough for our shows, easy to program and get a show up and running quickly,” said James. “The MA2 is flexible and works great with our media servers.”
Graeme further noted that Show Technology are an excellent partner providing great before-and-after-sales service, seamless technical backup, and ongoing sales support.