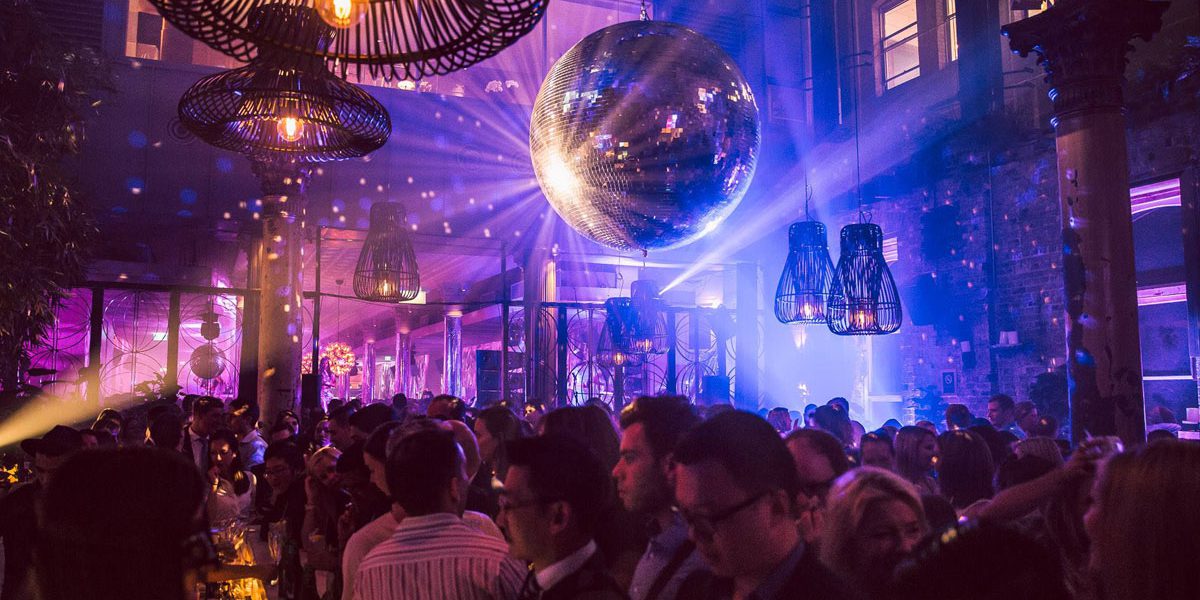 Two of Sydney’s most iconic nightlife venues, Merivale’s ivy and Establishment, have had a lighting facelift in time for spring and Production Technician Matthew Osborn is having a fine time with his new toys.
The aim at Establishment was to add some more movement and colour variation to the existing Saturday night lighting. Called Establishment Saturdays, the night is run in conjunction with Pacific Music and sees four or five DJs play through the night.
“That’s where eight Martin Professional MAC101’s came into play,” said Matt. “Partnered with a couple of hazers that we have, the MAC101 beams shoot through and make the place pop a bit more. It gives our clients something special to look at while enjoying the music.”
Matt remarked that it was the MAC101’s tight beam that attracted him to the product as he felt the venue was lacking a good beam fixture.
“They make great eye candy, something to catch your eye and encapsulate the entire venue rather than just the dance floor,” he said. “We also added a couple of RUSH MH5 which sit behind the DJ along with a couple of the MAC101s from where they deliver break up gobos and beam effects. It makes a central point for the dance floor. Then we have two RUSH MH6 on a truss above a massive mirrorball in the Gin Garden where they can close spot in on the mirrorball for some great effects. We can also wash the entire Gin Garden with just the two of them if we choose.”
Launched in 2007, ivy is a leading entertainment destination in the heart of Sydney’s CBD and is home to the city’s only rooftop pool bar. ivy’s Pool Club is designed with a 1960s Palm Springs resort in mind, and on its roof are ornamental plants in massive pots and a dozen ShowPro LED FusionPAR Q XII were installed to highlight and colour them. These outdoor rated Quad-colour (4-in-one), RGBW LED wash lights have a W-DMX receiver onboard for simple control.
The venue also features four cabanas, each of which has a ShowPro LED FusionBAR Q XV installed on top of its’ roof in a custom bracket from where it can shoot coloured light down the back of the cabana wall. These outdoor rated Quad-colour (4-in-one) RGBW one-meter LED battens deliver vibrant linear colour washes and an individually controllable 15 x 1 pixel matrix.
“We can separate them so each cabana is lit in a different colour for events,” added Matt. “It’s a way of tying the cabanas into the whole room.”
Saturday nights at ivy are host to the Ministry of Sound Club, which is packed with Show Technology lighting, in its main Courtyard space. Meanwhile the The Den and ivy Lounge also got an upgrade keeping in theme with the Courtyard.
“Obviously the Ayrton MagicDot SX were a massive part of the revamped Courtyard and so we decided to install four of them into The Den along with two RUSH MH5 fixtures for a bit of breakup,” explained Matt. “Together they gave us the look we were going for.”
With the different venues, Show Technology were able to work with the Merivale team and find the right products for each space, ensuring that the venue got the right solution that worked with their budget.