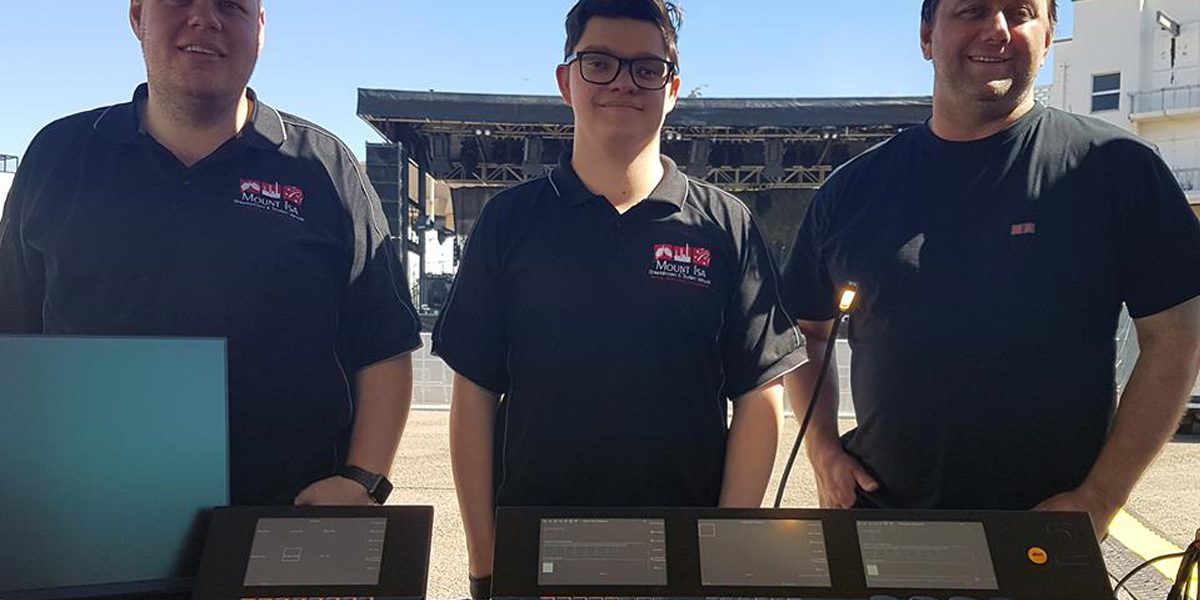 Being located in a remote regional location, support and service were crucial to MIETV. The equipment purchased needed to be high quality and very reliable as replacements or hire gear could take days to arrive by truck at great cost.
Show Technology’s Candice Hill and Branden Butler made site inspections of all the venues and also provided training and support over several days.

At the time of the upgrades, Shane Riddington was the Technical Manager overseeing the lighting improvements.

“When I first arrived at Mt Isa there had been no new equipment for a decade,” he said. “So we really needed to upgrade starting with the dot2 console which was exactly what we needed. We couldn’t think of a better console and I can’t speak more highly about it. We also got some wings for backup or for when we have two shows on the same night at different venues. My head lighting guy adores the MA gear and the guys found it so easy to use.”

Next to arrive at Mt Isa were the Claypaky Scenius Profiles to replace the static profiles on the Civic Theatres front lighting bar. Shane popped down to Show Technology’s Brisbane office for a demo and was immediately sold on them!

“What they can do plus the light they give out and the colour mixing on them was exactly what we needed,” he remarked. “They are a fantastic light and the shutters are really useful. We also added Robert Juliat 2k Fresnels, which I like for their knob control for zoom and focus.”

To accompany MIETV’s new Roland V800 video mixer and a LED wall from Big Screen Australia, Shane required a multilevel media package and so he purchased a coolux Media Player.
Studio Due CityColors were purchased to light up the venues, inside and out, with their first outing at the Outback Fringe Festival where they lit up outdoor sun sails, shining movement and geometric shapes through to the building behind.

“I had used the old-fashioned discharge versions that used to take four people to lift them and at first, I was a bit suspicious of the new LED ones,” commented Shane. “Fortunately they’re fantastic! We also got some ShowPro Hercules for uplighting – and they are the easiest sell to a client! In fact, they have been used on every single show since we’ve had them. Of everything that we have bought, they are the best thing for what they do and value for money. Previously, to cable twelve uplights with power and DMX would take one person a few hours but with the Hercules it takes one person 10 minutes. We tested them and they easily last for ten hours.”

There’s no doubt that Shane has helped transform the venues of Mt Isa so that this little mining town in the middle of outback Queensland can technologically match most venues on the east coast of Australia.