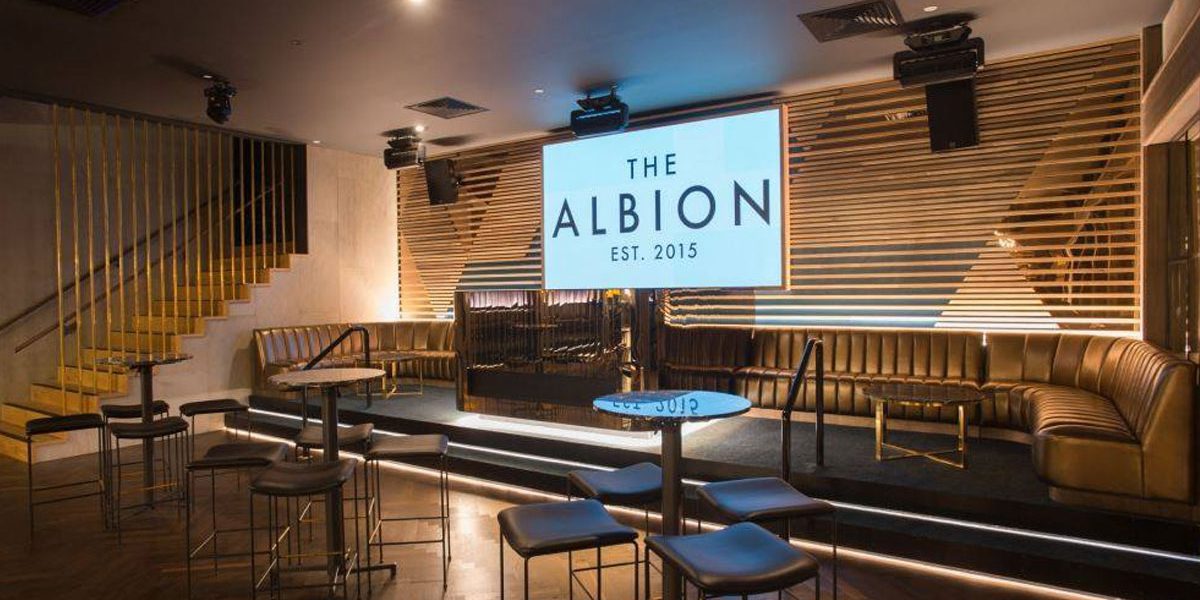 The Albion is Melbourne’s newest lifestyle venue and nightlife destination sprawling three floors with decadent lounge and dedicated function level and an incredible rooftop offering unprecedented views of the Melbourne CBD skyline.
With a heritage dating back to 1869, this iconic building initially named and known as The Albion Hotel, spans a vibrant history as popular hot spots, The Roxy and The Motel. Toward the tail end of a huge renovation, the building endured a devastating fire delaying an intended open in 2015. However like the proverbial Phoenix rising from the ashes, it has surpassed its original plan transforming into Melbourne’s most go-to venue that is impossible to get into after 10pm.

The owner asked Paul Nardella of On Track Lighting to show him the best, most high quality lighting available and so he took them to Show Technology’s Melbourne office. It was there that he was introduced to the versatile Ayrton MagicBlade-FX which can be used as both an effect light and a wash.

“He really liked the Ayrton MagicBlade-FX and what it could offer,” said Paul. “They were ideal for this project as they could be used for nightclub lighting, or wash the stage with their wide angle. That was important because it meant they didn’t need to add any front wash to the room.”

The owner wanted a fair amount of moving lights but they had to be small enough to not be noticeable during the day when the space trades as a restaurant. The Martin Professional RUSH MH8 Mini Profile was the ideal solution with super sharp optics and an impressive output that punches above its class. A DJ Power Venue hazer supplies heaps of atmosphere.

The owners were so impressed by their new lighting they asked Paul to install some more Ayrton MagicBlade-FXs into the rooftop bar as well as some E3 LED Spots.