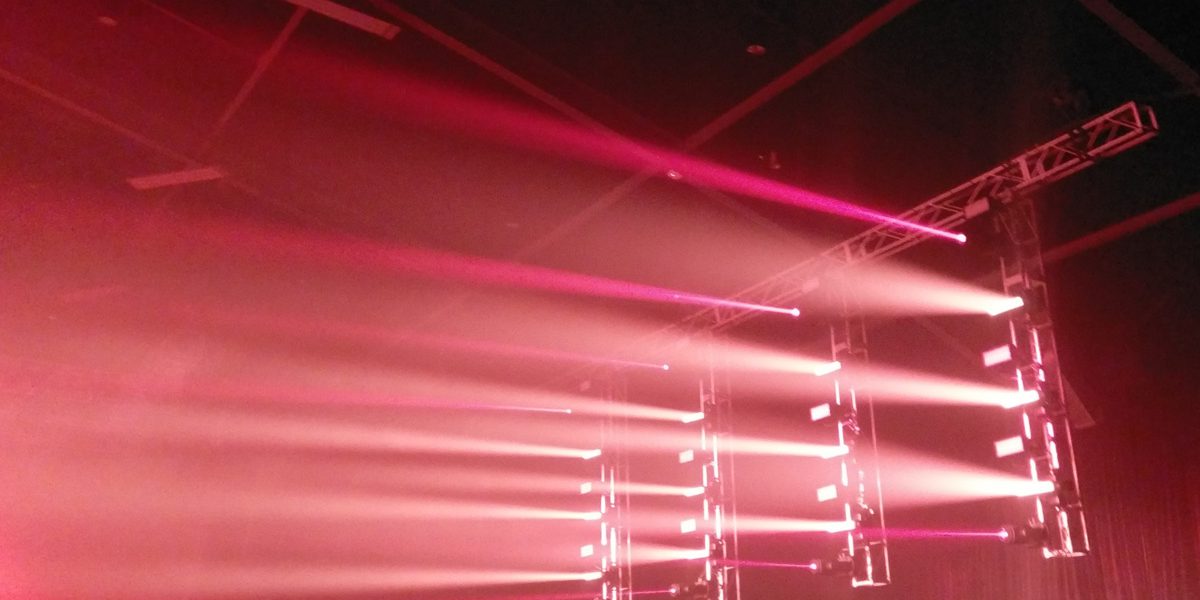 Dark Mofo is an extremely busy time for Tasmania’s Alive Technologies Group and one of the sites they looked after this year was the cavernous MAC2 Cruise Terminal which hosted many headlining acts.

Australian psychedelic dance band Jagwar Ma was one of those acts and their lighting designer, James Warrier, requested vertical trusses with beams shooting across the room over the crowd and he was keen to deploy Ayrton MagicBlade FXs.

“We had been looking to buy some Ayrton MagicBlade FX for a while and this project sealed the deal for us,” commented Nathaniel Collins, Senior Lighting Project Manager at Alive. “We purchased 12 Ayrton MagicBlade FX and shipped in 12 more from Phaseshift Productions for this show.”

“The MagicBlade FX is a great fixture and I really love that it now has a zoom from 3.6º to 53º,” said Nathaniel. “It means that you can get a really tight, flat beam out the fixture, but when it hits a surface it’s still a circle. The endless pan and tilt is amazing and really added to the dance vibe of the gig.”

The MagicBlade’s compact size was also attractive to Nathaniel and he also remarked on their versatility as they can be eye candy, an effect light, emit intense beams or act as a wash.

“We looked at some other similar options but none were as adaptable as the MagicBlade FX which will be used on small events through to major productions,” he added. “The colours are really good too and they will give us a lot of creative freedom. We can get big beam effects or use them to create structures in mid-air or zoom them in to act like a standard LED batten.”