Archie Graham Shines with Studio Due 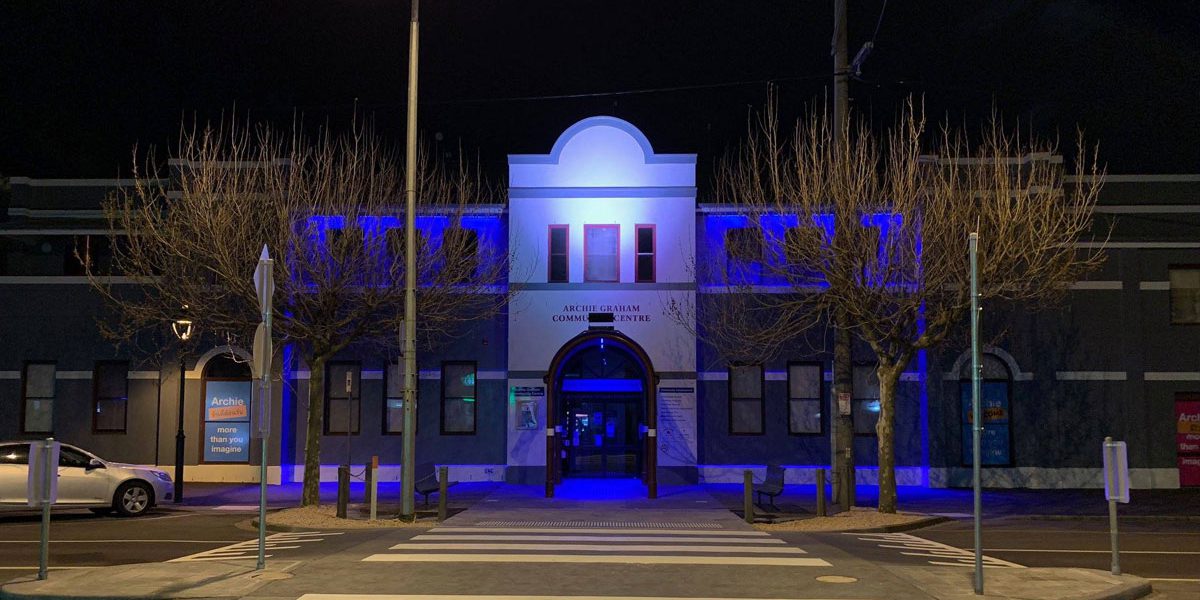 Warrnambool’s Archie Graham Community Centre has been given a new lease of life thanks to Studio Due Light and Show Technology. The Warrnambool City Council were keen to highlight important days and causes, such as NAIDOC Week and White Ribbon Week, with the use of coloured light drawing attention to important matters. After receiving funding to install a lighting system to the front of the building, they have been able to do so effectively throughout the year.

Xavier Dannock, Senior Venue Coordinator of the council-run Lighthouse Theatre, was tasked with finding the ideal fixture for this building and after discussions with Keith Bradshaw at Show Technology, he soon settled on the Studio Due SLIMBAR RGBW. “We required a unit that could meet a range of criteria particularly it had to possess a good IP rating as we are a coastal area,” said Xavier. “We also wanted a single-wire fixture so we could have the control in a separate space and just run the wire out, rather than having power and data to each unit. It also had to be architecturally appropriate so as not to spoil the aesthetics of the building façade.”

The Studio Due SLIMBAR RGBW with its’ IP67 rating and ultra-small form met all the desired criteria and Xavier was able to discreetly position them at the top of the wall out of sight. “They have been fantastic!” he enthused. “Their mounting system is amazing, our electrician was able to pick them up and easily install them by himself. Their spread and output is great, their ability to evenly wash down a wall is also fantastic.”

Positioned above the entrance arch is one Studio Due SINGLE 40 RGBW/FC LED lighting fixture that has a large and uniform light output. The SINGLE 40 RGBW/FC utilizes high brightness LEDs combined with an innovative optic system featuring a wide beam and superb colour mixing. “We wanted to make sure that the centre portion of the building was quite vivid in colour and brighter than the rest of it,” added Xavier. “Like the SLIMBAR RGBW, the SINGLE 40 RGBW/FC LED perfectly fitted the bill; it had the appropriate spread, was bright, IP rated and wasn’t excessively heavy so was easily mounted on the top of the roof.”
Xavier noted that opting for the same manufacturer for both products ensured that all the colours matched perfectly. “When I was programming it was easy to ensure colour matching consistency across the façade,” Xavier stated.

According to Xavier all involved Council departments are extremely pleased with the result and the town of Warrnambool can now look forward to a colourful future.
Photo credit: Xavier Dannock