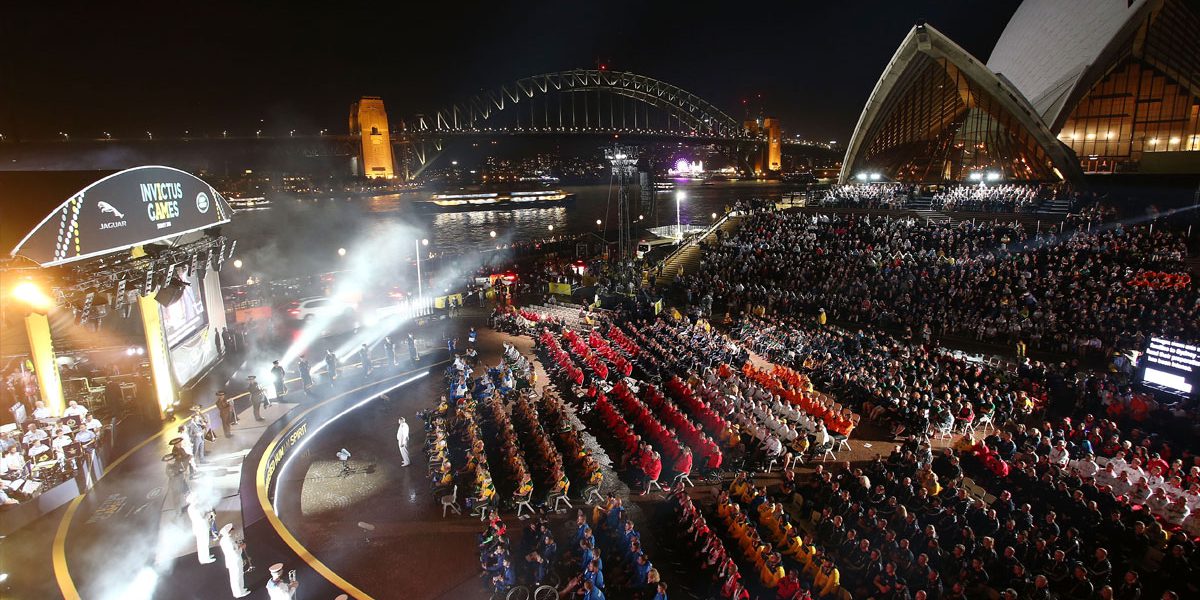 We all know that Emmanuel Ziino, Show Technology’s Managing Director, has a keen eye for a well-designed and incredibly functional product. He also has a passion for all things Italian so when he discovered the PROLIGHTS Panorama IP rated fixtures, it was a match made in heaven.

The Panorama IP65 Beam delivers an unbelievable bright, fat 2° beam, is ideal for an outdoor searchlight and big air look. The Panorama IP65 Wash is a high-output, LED wash light with pixel ring designed to bring the workhorse LED washlight to outdoor events. Featuring 19 of Osrams new 40W RGBW Ostar LEDs, it delivers a massive output with a huge colour range and an extensive toolkit of effects.

Confident he was onto a good thing, Emmanuel obtained a few Panoramas and sent them over to Tony Davies at Chameleon Touring Systems for a thorough work out and honest appraisal.

“I had been looking for the ideal IP fitting for nearly four years,” commented Tony. “We did a lot of testing on the Panoramas and finally there’s a product we are happy with, not just for its’ IP capability because it has a high enough light quality to use in an indoor situation when required. We showed the Panoramas to several lighting designers who all got excited so that sealed the deal.”

One of the earliest productions the Panorama IP65 Beams went out on was the first State of Origin outdoors at Sydney’s ANZ Stadium where lighting designer Tom Wright used them for the pre-match entertainment.

“They were great!” said Tom. “Not only are they IP-rated, they’ve easily competed with the rest of the rig in terms of brightness and produce a phenomenally clean and sharp pencil beam. I’m hoping to use a lot more of them in the future!”

The lion-themed stage featured two Panorama WBX Wash IP65s for the lion’s eyes with Frans commenting that they absolutely loved them.

“They have great output and the effects in this light are awesome,” he said. “They really were amazing and the zoom range is also impressive, if you zoom them down to narrow it stays a really tight beam which we needed. The additional LED ring has full pixel control which means you can create some pretty insane effects and exactly what you need to simulate an eye in a stage like this. We were very, very impressed by them and of course, they are IP rated too which was great as they were located in a spot that was not very convenient to access if it started raining.”

With nothing but rave reports reaching him, Emmanuel added PROLIGHTS to Show Technology’s stable of premium products and Tony Davies stocked up on both models in time for Australia’s temperamental Summer weather.

Held outdoors on the Sydney Opera House forecourt, things quickly turned ugly when a severe storm swept over the city.

“We could see it coming in on the rain radar and we were actually evacuated from the site for 90 minutes ….. two hours before we were due to go live on air!” he said. “Fortunately the broadcast was eventually delayed by 90 minutes and large chunks of the show were changed and moved around. It was already an audacious show in an inhospitable environment but adding a catastrophic storm to that made life incredibly difficult.”

At least Paul knew his 32 Panorama IP65 Wash fixtures were safe as wind and rain lashed the site. When he was allowed back on site, he was delighted to discover they all fired up perfectly.

“I was incredibly happy with it as a light, first and foremost, but the fact that it is IP rated is an absolute bonus,” he said. “To use them on this show was a no-brainer that really paid off! The biggest problem doing a show outdoors is the weather and an extraordinary amount of time, money and effort is spent waterproofing fixtures and cabling so when I first saw the Panoramas, I thought they were fantastic. Finally there’s a bright, powerful, quality fixture that we can simply put outdoors. They were great as an audience wash fixture, they did exactly what we wanted them to do, but they would work well as an eye-candy fixture as the pixels are quite defined through the air.”

The 32 Panorama IP65 Wash fixtures were used mainly to light the audience, which was an important part of the production, whilst a few also lit up trees in Botanical Park and sandstone walls. The Sydney Opera House heritage department required the towers to be tidy and not change the aesthetics of the forecourt. The Panoramas were mostly hung from the FOH towers where space was premium and as no weatherproofing covers were required, less space was taken up.

As Spring progresses into Summer in Australia, numerous festivals and outdoor events are scheduled and although the weather is often glorious, it is also storm season. Any production company supplying such events would be wise to consider obtaining some PROLIGHTS Panorama fixtures!