EventSound set up with ease with ShowPRO 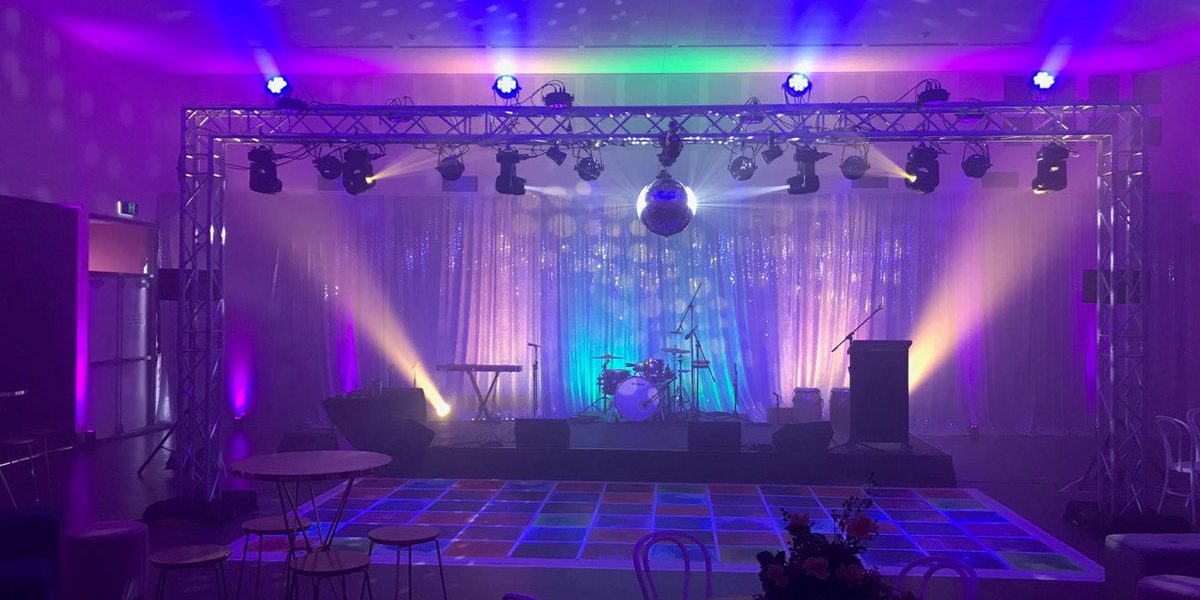 Owner Keith Clarkson has been impressed by the quality of this range, finding the value for money to be incredible.

The first four images are from an event staged at the Sydney Opera House’s Utzon Room where EventSound utilized their new ColorDoQ LED battery washlights as well as their ShowPRO LED Trussmate II uplight fixtures.

“Having battery-powered fixtures made our event so much neater without cables everywhere and it also greatly assists on time required for set up and pack down,” commented Keith.

The next two images show the ColorDoQ battery fixtures punching through in daylight onto the Marquee Roof underside with Keith saying “The convenience of battery power and wireless DMX meant setting these fixtures was a breeze”.

The next image is from the Mayor of Randwick’s Christmas Party at the Prince Henry Centre with a 70’s disco theme using Martin RUSH MH5 compact LED movers plus a selection of ShowPRO LED PAR Quad-12 wash and LED HEX PAR 12 for UV lighting. LED Trussmate II and ColorDoQ battery lights were easily set around the room perimeter uplighting the space without cables.

The final images show EventSound’s new Pharos Profiles on the Mayor’s Christmas Village concert series as part of the front stage lighting. Keith remarks that they have become a staple for all their corporate events since they upgraded their tungsten high wattage lighting for these user and energy friendly LED fixtures.