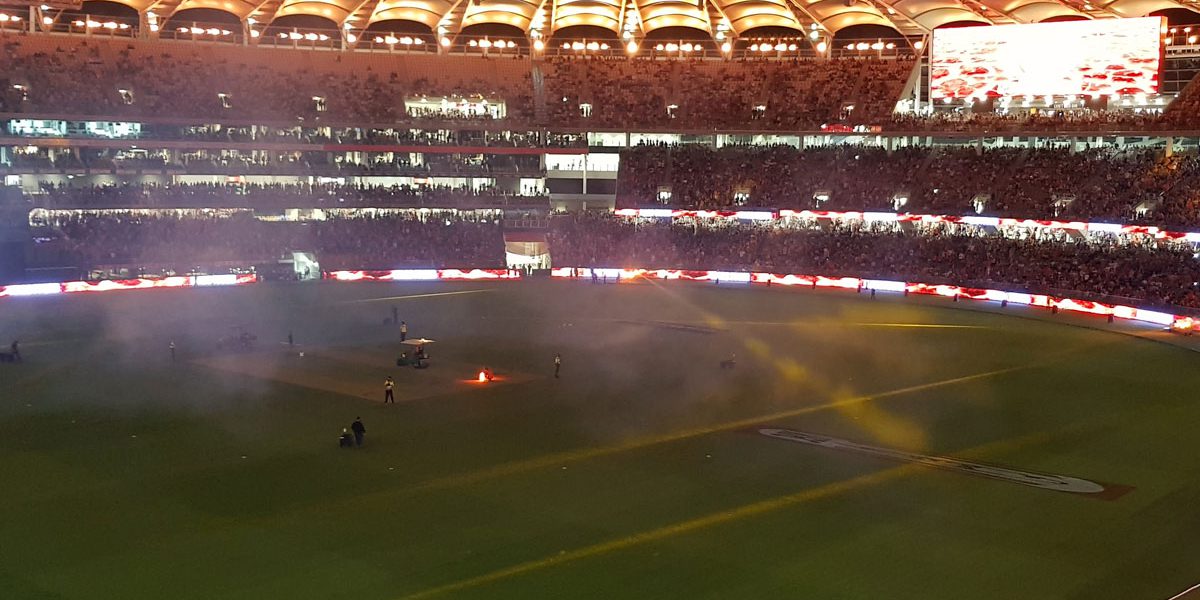 The Panoramas played an integral part in the recent Big Bash League events held at Optus Stadium with lighting designed by Hugh Taranto. PAV worked with Kojo Events, the stadiums Sports presentation partner, to ensure the half-time light and firework show which was syncronised with the stadium inbuilt lighting, was given that extra bit of light dazzle.

“Hugh programmed the show on the venue’s new MA onPC and we provided all of the on ground infrastructure,” commented Mike Bird, PAV’s Business and Technical Manager. “In fact the entire production was Show Technology gear! There was also a stage where the Scorcher’s cheer leaders danced and that was kitted out with Martin RUSH Beams, ShowPRO LED Sunstrips and Roxx Strips.

The Panoramas were wheeled onto the field, two on each of four custom-made dollies of DQ F34 truss along with two ShowPRO Hex36 LED floods, from where they could blast the night sky with their incredible beams. Located around the perimeter of the oval, the Panoramas swept across the stadium helped by haze and firework haze.

“As we are the in house AV provider at Optus Stadium, we needed something to meet our demands for outdoor lighting at events and also to support Kojo with on ground lighting for sporting events,” explained Mike. “Not only are the Panoramas IP-rated but they have incredible punch and offer a lot of flexibility. The Panoramas are going to be a great asset for all of our outdoor work around the city especially as there appears to be a distinct lack of searchlights in Perth. They’ll be great for indoor work too when we need a strong beam light.”

Mike further mentioned that the reliability of a Show Technology distributed product was a key factor in the purchase as was the backup and service offered. He noted that feedback from the client was excellent and demand for the Panoramas is growing!