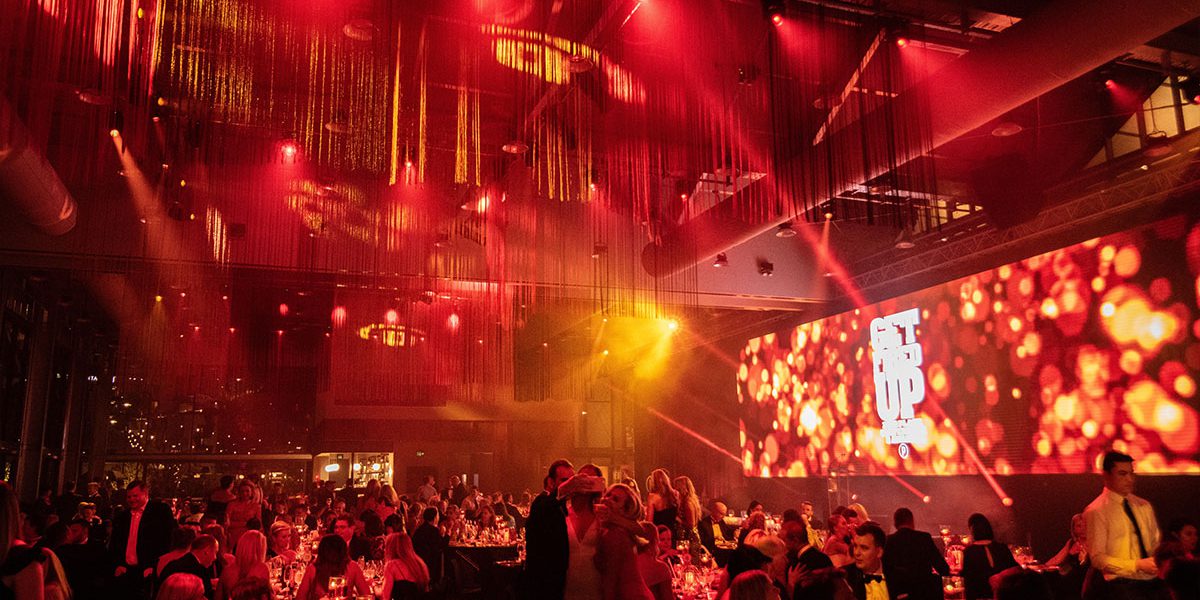 Nestled at the bend of the Brisbane River, beneath the Story Bridge and the sheer face of riverside cliffs, Howard Smith Wharves is a 3.4-hectare site that has been transformed into a stunning entertainment and lifestyle precinct surrounding the heritage listed buildings.

Scene Change are Howard Smith Wharves’ exclusive AV hire and production-company, offering video, audio, lighting, staging, IT and technical services for all events. Since the opening of this prestigious event destination, Show Technology has assisted Scene Change with equipment selection and technical backup resulting in an incredible array of products available to satisfy even the most fussy client.

The backbone of the event were 80 x E3 LED Zoom washes featuring RGBW colour mixing and ultra-smooth dimming. The guys at Scene Change Brisbane must really like this fixture as their branch alone has 120 of these little stunners!

“We really like the versatility they offer,” commented Gareth Percey, Director of Scene Change Brisbane. “We can open them right up for room washes yet also use them for pin spots. They also come at a good price point so we can have so many of them. It was important that they were small and unobtrusive as the venue is very strict on aesthetics.”

Adding extra punch where required were four Martin MH7 Rush Hybrid lights, a fixture favoured by many at Scene Change Brisbane. The four fixtures were located within the function space that has full glass windows and their beams shone through to actually hit the Story Bridge 100 metres away! Ten Martin Quantum Profiles were cross-hired in for the event.

One fixture that Gareth says his team particularly like is the ShowPRO LED eProfile HP, with six of them deployed on this event.

“We love them and they’re quite versatile too due to their lens set of 25° – 55° which means we can push them right out for stage wash or tighten them up for lectern spots,” he said.

Control was an MA Lighting MA2 light console with an Art-Net Network. MA Lighting consoles are Scene Change’s console of choice throughout the country with Gareth commenting that all the guys love the platform.

“We like to be loyal to Showtech in regards to the level of service and product they give us,” concluded Gareth.

Sustainability is an important issue with Howard Smith Wharves and so most of the lighting fixture purchases for the venue were LED, as are most of Scene Change’s inventory around the country.