Chameleon Debut their Ayrton Bora on Shawn Mendes: The Tour 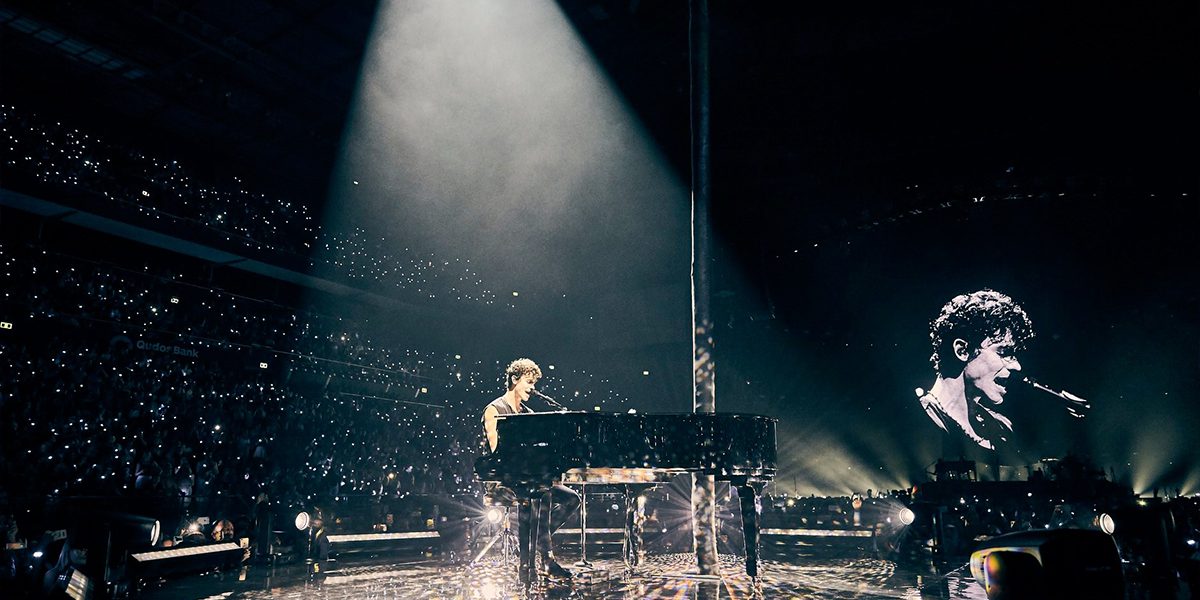 Shawn Mendes: The Tour hit the road at the beginning of March on a 9-month, 105 date world tour under a lighting rig which originally comprised of Ayrton Khamsin-S, Ayrton Bora-S and Ayrton Mistral-S fixtures as the major components.

Lighting designer, Louis Oliver, avoided the use of follow spots or remote tracking as part of his design intent for the show, choosing instead to work with Ayrton fixtures to provide key lights for the young Canadian singer, and carve out dramatic backdrops with creative back, top and side light. The set is overhung by a large disc shaped video screen.

“We wanted to keep the performance space organic, allowing the technology to hide in the background,” he says. “With the design, we wanted to craft bold environments for Shawn to perform within. We tested the new Ayrton fixtures and found they could compete with anything else on the market. Ayrton has created a range of LED fixtures you can use without compromise.”

Chameleon Touring Systems supplied the tour in Australia where the Ayrton Khamsin fixtures were replaced by 47 x Martin MAC Viper Profile and 26 x MAC Performance. These were the workhorses of the show, rigged on three trusses upstage of the performance area, and on the curved front and B-stage trusses, in addition to two units placed mid stage left and right. The upstage trusses and the front truss used Vipers as key light and to create a multitude of atmospheric looks, effects and gobo textures to frame and enhance the performance space.

“Each song has its own colour tone and is very identifiable by this and the looks created by the position of the trusses and lighting / visual arrangement,” says Oliver. “The songs are musically and visually complementary with varying pastel colours.”

Centre stage was a vertical circular framed LED screen with two MAC Viper fixtures located downstage of the screen – the only lighting directly above the stage – which are used solely for back pick up. Two additional MAC Vipers are located at stage level on the far edges either side of the stage to provide harsh cross light on Mendes. An Ayrton Bora was located at the bottom of the central staircase to light Mendes’ big statement entrance.

Sixteen Bora-S wash fixtures are treated as floor package but are actually rigged on floor-based pre-rig truss upstage of the main stage, from which position they are used as backlighting and for aerial effects.

“The Bora are extremely versatile,” says Oliver “They provide a very noticeable source of backlight for Shawn and the band. Where the units are positioned allows them to remain out of sight until outputting.”

Nikita Jakovlev, Oliver’s assistant lighting programmer said: “I was very impressed with how bright the Boras are. They are mostly used as a band backlight/glow, and during pre-programming we had them at around 70%, but settled at 10% on site because they were so bright…which is impressive considering Bora is an LED fixture!

“The Mistral-S proved impressively bright and super wide, managing to go wide enough to engulf the whole of the B-stage, but small enough to operate in the limited space.”

The B-stage set-up is completed by eight Mistral-S spot fixtures sited on floor shelves to deliver effects and textures on the floor during Mendes’ piano break, acting as additional lighting on the audience and during VT moments as a more subtle alternative to audience blinders. “The whole look is more organic to match and complement the spirit of the show, and involves the audience without detracting from the action on onstage,” says Oliver.

A major deciding point for Oliver was the ability for Ayrton fixtures to remain true to their original design and programming, in terms of focus, brightness, colour temperature, etc for the whole duration of the tour. “With these fixtures I know when the show will look just the same at the end of the tour as it did at the start,” says Oliver. “Ayrton has always been at the forefront of LED development with their effects lighting, so they’ve been continually ahead of the game – setting standards that other manufacturers note and take inspiration from. Now they remain ahead of the game, creating a new range of LED spots, washes and multifunctional lights that truly compliment everything else in the rig. LED has come of age with these fixtures, allowing us designers to design a more sustainable, environmentally conscious show.”

The show was run by MA Lighting grandMA3 consoles, which toured with production, with Chameleon supplying five NPUs and StageSmarts to keep everything safe.