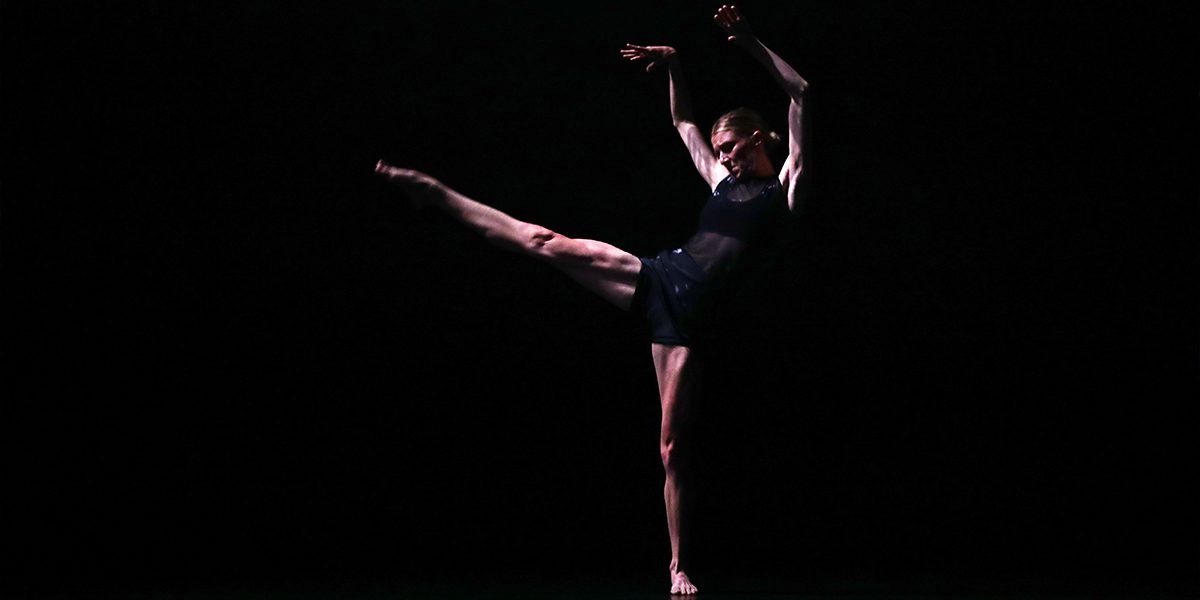 Sydney Dance Company celebrated 50 years of defining contemporary dance with a thrilling double bill from Rafael Bonachela and Gideon Obarzanek, choreographers who have, in their unique ways, defined the art form and helped take Australian dance to the world.

The first piece was Rafael Bonachela’s award-winning 6 Breaths, an emotive piece that was breath taking, and the second was Us 50, a grand-scale work by Gideon Obarzanek featuring 50 performers made up of past dancers that have graced the stage, current Company dancers, and members of the community.

The pieces required very different creatives from lighting designer Ben Cisterne who is usually found lighting museums and galleries. However he admits that lighting dance and theatre is his first passion, especially as he is married to a contemporary dancer!

“When Raf or Gideon call I’m always keen to do the show,” he said. “It really is my first love. 6 Breaths is a super-abstract, really moody piece of work and everything is about timing and small adjustments. You have to find the nuance in each little movement, his work has lots of little sections and you have to create a scene for all of them. It really is about each moment whereas Gideon’s work, Us 50, is more of a grand concept and finding versions of that within the work. It’s usually one big design idea.”

Raf’s work is full of smoke within an industrial black space and a visible back wall of the theatre. There’s also a shark tooth scrim at the front for projection. Us 50 is a stark contrast as there’s a white floor, cyc and a bright open space.

In order to meet the requirements of both pieces Ben needed versatility within his lighting tools particularly as the budget was tight. Fortunately Ian Garrard of Intense Lighting came to the rescue with Martin MAC Encore Wash WRM fixtures.

“I had four Encores either side in a high side position and they really are awesome,” explained Ben. “They have a tungsten feel to them and it’s like using an old MAC TW1. What’s great is being able to run the CTB wheel in them and it’s like putting Lee 201 in front of tungsten light. Plus it dims like a tungsten light, it’s really kind of tasty. I love their soft focus and I was a bit shocked at how bright they were. They’re also whisper quiet which is obviously great for my work.”

With The MAC Encore’s high CRI, Ben certainly noticed the difference compared to other RGB wash lights in his rig saying there were definite moments of clarity when the Encores lit flesh and costume.

“There’s one moment where we’re going crazy onstage and then we snap straight into the Encores focussed in full open warm wash and it’s just like you’ve snapped into tungsten light – except of course you can’t snap quickly with tungsten!” he added.

One scene that features a solo dancer has a dramatic moment where all eight Encores are focussed to centre at full wash resulting in a beautiful soft spot of light with plenty of haze in a dark space.

“The softness of them on the ground and the softness of them through the air is something you never used to have in moving lights,” commented Ben. “The essence of tungsten light coming through smoke is such a nostalgic thing which is the whole point of the evening.”

Designed to produce rich colour and premium white light in a wide variety of applications where light quality is critical, the MAC Encore Wash creates soft images that have been difficult to create over the past ten years as we transition to LED fixtures. They allow you to find those little nuance moments and bring tungsten clarity and softness to the stage.

If you want a modern fixture capable of creating big, punchy backlight images and natural skin tones with texture and definition, the MAC Encore Wash is the light for you.
The darker image is 6 Breaths, chosen by Ben who says he loves the focus and tone of the unit. The lighter images in US50, chosen by Ben who loves the brightness and colour rendering.