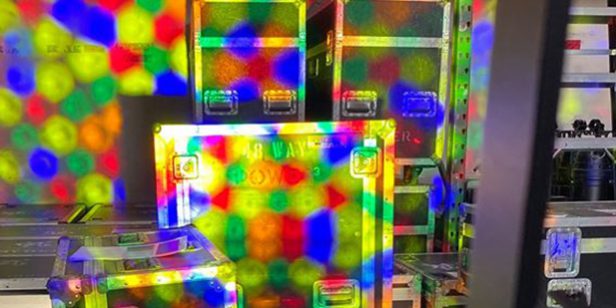 Not very long ago, in a galaxy very close to home, stage lighting used incandescent lamps and the precious 3200k colour temperature and flicker-free operation was lauded for camera work. Fast-forward to today and almost everything you need for stage lighting is available in LED.

“We’ve been a big user of LED products since, in my opinion, LED became a realistic alternative with the Martin StageBar 54 which was small, bright, punchy and a great colour mixing product,” remarked Neale Mace, Managing Director of EI Productions. “Since then, LED has found a home in many, many moving lights, FX lights and some theatrical fixtures although mainly wash fixtures.”

Neale noted that theatrical Profile lights seem to have been the exception adding that only recently, with the Martin ELP range, have LED Profiles become a viable option for stage and theatrical use.

Anyone in the entertainment lighting business knows that lamps are becoming harder to get and minimum buy quantities are getting larger, so obviously production companies such as EI Productions are happy to see an increase in good quality LED based products on the market. The Martin ELP-CL LED ellipsoid fixture being a prime example, which offers superior output, optics and combined with unparalleled ease-of-use and convenience.

“The Martin ELP Profile is a product we’ve had our eye on for a while and when a suitable tour came up we jumped at the chance to buy some,” said Neale. “We opted for the ELP-CL (Colour) units although there’s also a WW (Warm White) version.”

Neale reports that on firing up and testing their ELPs, he found as with all Martin products, that the ELP-CLs are well built, pretty lightweight and have an exceptional output. They have a beautiful, even light field, exceptional colour mixing and colour temperature adjustment.

“The ELPs feature a beautiful dimming curve and the light quality and CRI of the units is perfect.” commented Mike Gearin, Technical Sales at Show Technology. “They have a good footprint that makes it easy to install into areas of theatres that have traditional fixed beam static profiles. The center of gravity is based next to the yoke which allows for easy focus and allows accessories to be added without the fixture slowly re-focusing itself. It’s just the small things with this fixture that make the difference; for instance the tilt knob that clears the framing shutters – it enables small tweaks to the focus easily.”

“All the “bits” that seem to hang off a Profile such as the shutters, gobo holder, lens adjustment etc, seem very sturdy and move very smoothly,” Neale added. “The gear-based fine focus adjustment makes small and precise focus changes much easier, it’s a great touch. The ELP takes either Martin lenses or third party lenses and we’re using both on our first tour with these fixtures.

“They also have a great strobe function which is not something that you’d usually associate with Profiles, but hey – now that it’s available it might become a thing,” remarked Neale. “But another nice thing we stumbled upon is the way the beam looks when you remove the lens – try it out and see…

“Also very useful is the one-touch focus button where the light goes to full output for a few seconds which makes a ‘one person up-the-ladder’ focus possible when the LD is otherwise unavailable and can’t push up the fader on the LX desk”.

The guys at EI Productions are so happy with their Martin ELP LED Profiles, they’ve begun to sell off their stock of conventional units with the plan to replace them all with LED fixtures. No better testimony than that!