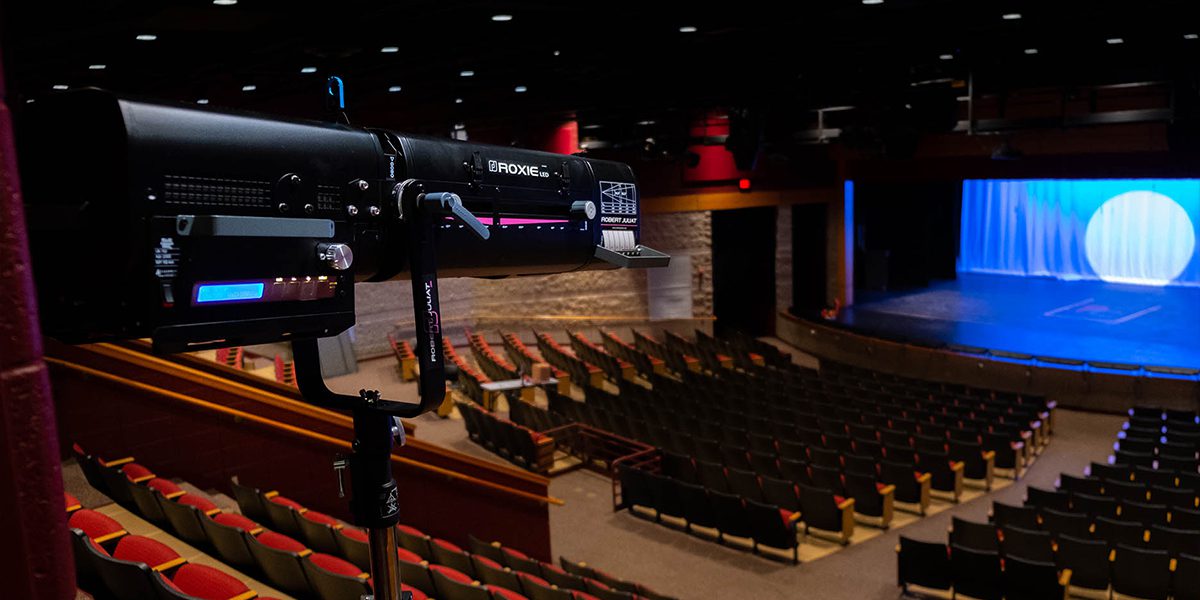 Clearwing was charged with modernising the high school’s outdated lighting inventory from house lights to theatrical instruments as they migrate from conventional and tungsten-based fixtures to an all-LED roster.

“Flexibility and performance were the biggest factors in lighting fixture selection, along with the energy and cost savings that went along with moving to LEDs,” says Mitch Van Dyke, Engineering & Estimation at Clearwing Systems Integration. “The school trusted us to get the best lighting we could for their budget.”

Clearwing opted for Robert Juliat Roxie2 followspots to light multiple venues at the school, including the auditorium, the gym for assemblies, and the commons area which hosts comedy club shows.

Roxie2, Robert Juliat’s first LED followspot, was developed with the schools and small venue market in mind. This compact, 300W followspot is the ideal energy-efficient solution for venues that wish to reduce their running costs without compromising quality. Roxie gives an excellent light output, a perfect beam shaping from 11° to 20° and an output comparable to most 575W discharge followspots on the market.

“The Roxies are portable in contrast to their old spots that were big and clunky,” says Van Dyke. “They operate on a standard 15-amp circuit and still have really good output. The zoom ratio works well for the theatrical throw as well as in the gym and commons. And they’re easy for student operators, who don’t necessarily have a lot of experience, to use. In addition, the technical director loved having DMX control over the dimmer. The Roxies’ small form factor, energy efficiency and ease of use made us confident they will be a good fit for years to come.”

“We were delighted to help Clearwing select equipment that is a perfect fit for Waterford Union High School,” says Aaron Hubbard, ACT Lighting’s Regional Sales Manager. “The Robert Juliat Roxies are sure to deliver the flexibility and performance the school tasked Clearwing with providing.”