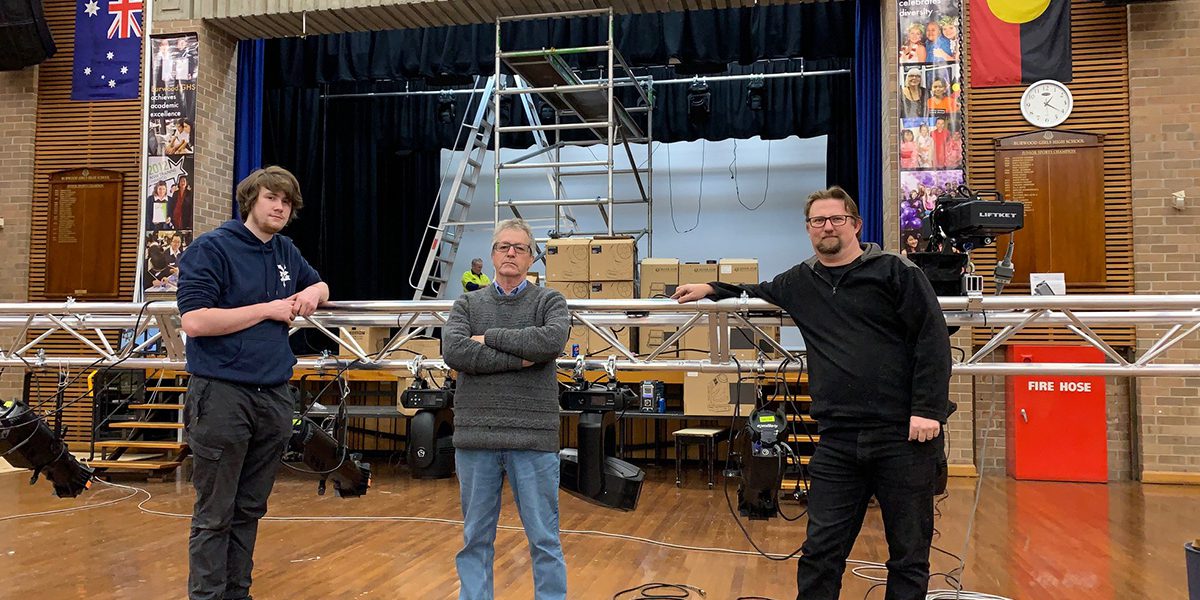 2021 was the year that Burwood Girls High School in Sydney decided to upgrade their theatre’s sound and lighting system under the professional eye of Live Event Services. Unfortunately, no sooner had the install been almost completed, Covid-19 shut down all of the city’s schools.

“The school contacted us after we were recommended to them by another school we had worked with,” commented Colin Baldwin, Managing Director of Live Event Services. “We met with the drama and dance teachers who gave us an overview of what they required.

Based on that we decided to invite them to visit Show Technology’s Sydney headquarters and showroom for a demonstration of the latest LED lighting technology. The teachers were very impressed as the Showtech team demonstrated a wide range of fixtures and control systems.”

Other companies were hoping to secure the project but Live Event Services won the install due to their fantastic track record fitting out schools and of course, it was agreed that a range of ShowPRO fixtures controlled by an MA Lighting dot2 Core was the ideal solution.

The ShowPRO Pluto 2000 wash moving head has an electronic zoom of 4.5°- 36° with refined 16bit dimming, rapid and silent pan & tilt movement and each of the 7x40W RGBW LEDs can be individually controlled.

“It’s a typical front lighting set up with Profiles for front of stage coverage, moving spots for gobo projection and moving effects, moving wash lights for room effects and front wash on the stage, RGBW front wash coverage by the Quad-18 LED Pars and good tungsten coverage with the Fresnels,” added Colin.

“The cost-effectiveness of the ShowPRO Plutos meant that the school could get more fixtures for their money. They’re a good range of fixtures that deliver plenty of moving light effects, gobo projections and eye candy.”

Colin further explained that LX4 and LX6 provide backwash coverage with the LED Pars whilst LX3 reinforces the Fresnels on LX2 providing an upstage tungsten wash or they can have coloured gel added if they wish.
“The ShowPRO LED Cyc2s on LX6 are good and great value for money,” he said.

The MA Lighting dot2 Core lighting console was chosen as the teachers found it incredibly simple to use. One of the teachers was programming moving lights in Show Technology’s showroom within 15 minutes!
“It’s good that the students will be learning on the world’s leading control brands,” stated Colin.

Once the school comes out of lockdown, the guys from Live Event Services will return to train staff and students on the correct and safe use of FOH truss, take them through the lighting patch, powering the system on and off and programming the lighting console.