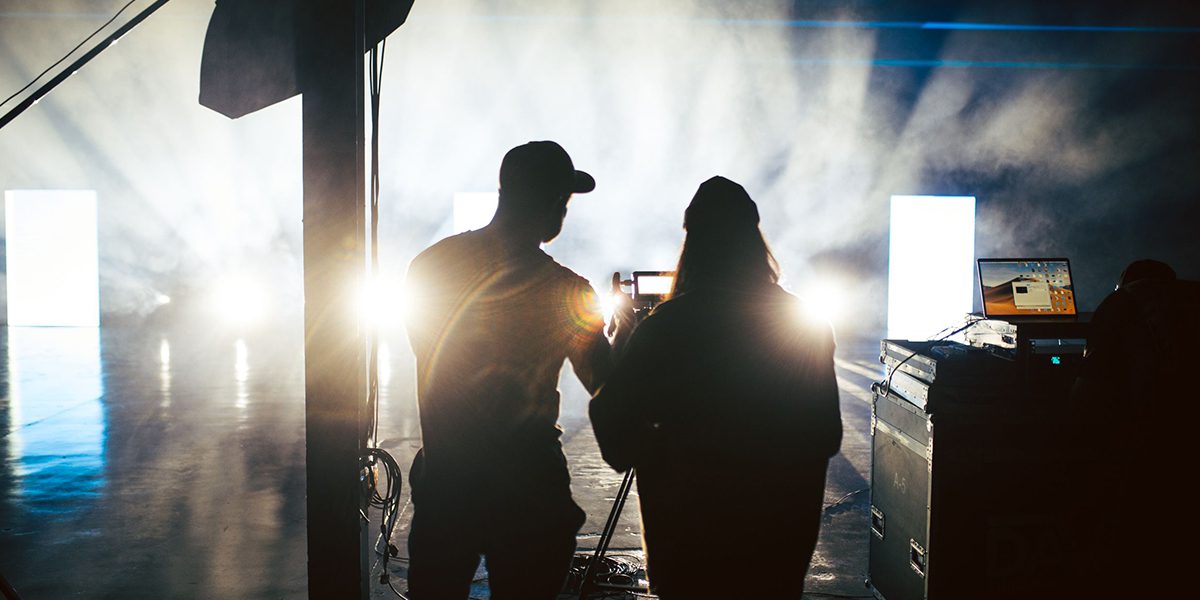 In between lockdowns, Brad Hurle of Diverse Audio Visual Events (DAVE) has been able to give his ShowPRO Pluto 350 Spots a good run for their money on a few music video clips.

The ShowPRO Pluto 350 is a professional LED moving head spot with a 5°-35°electronic zoom system and CMY colour mixing.

“The Pluto 350s have simply been bloody great!” remarked Brad. “They fit the price point and they have all the features of some of the bigger fixtures but without the massive price tag. They’re just a solid, all-round unit. The gobos are very nice and it’s handy having the autofocus function. Add the zoom range to that and you can’t go wrong!”

The most recent video clip to benefit from Brad and his Pluto 350s, as well as a couple of Unique hazers, was for Ocean Sleeper’s new single Forever Sinking which was shot at Batman Royale in Cobur and at Diverse AV’s warehouse out in Pakenham.

“We only had the venue for a short amount of time so we had to have something that would roll in and roll out simply and quickly,” said Brad. “It also had to program quickly so we literally ran out a line of Pluto 350 fixtures with LED screens towers between them. It worked well having them in a line, widening out the zoom as far as possible and then
adding the prism so there are beams everywhere. It was exactly what the band were after – a big sweeping look.”

Check out the video https://www.youtube.com/watch?v=0syxf1sPyQE&ab_channel=oceansleeper

Currently, DAVE offers eight Pluto 350 with Brad planning to double that amount in the near future.