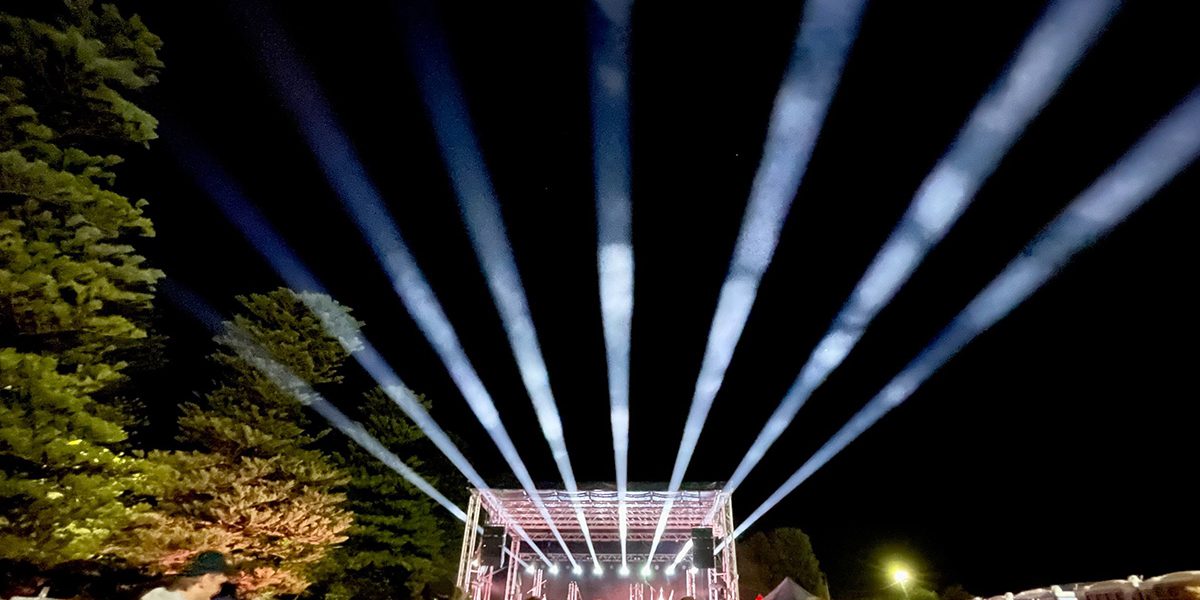 Jason Igari runs a small production company, Igaz Sound & Lighting, in Warrnambool that caters to a variety of local events.

Recently Jason upgraded his inventory to include eight ShowPRO Pluto Beams and four ShowPRO Nitec Blinders and the new gear has opened up a whole new world of creative possibilities for him.

With its ability to produce bright and sharp multi-beam effects thanks to its two prisms, the Pluto Beam was an excellent choice for Jason.

“There were a few options on the market but Keith Bradshaw at Show Technology in Melbourne recommended the Pluto Beam and the specs looked decent plus the price was great,” commented Jason. “I decided to give them a go, I think I was the first one to get my hands on them and they’ve been great. They certainly live up to the spec!”

Jason’s Pluto Beams had their first outing on Warrnambool’s Downtown Festival where Jason was impressed by their colours, light output and choice of gobos.

Also in his rig were the four Nitec Blinders that Jason describes as totally bulletproof!

“I have freelanced with Powa Productions in Melbourne and the last rig I worked on with them utilised 40 of them which sold me,” explained Jason. “They get rained on and manhandled around the country but just keep going. They’re durable, have an excellent output and have nice features.”