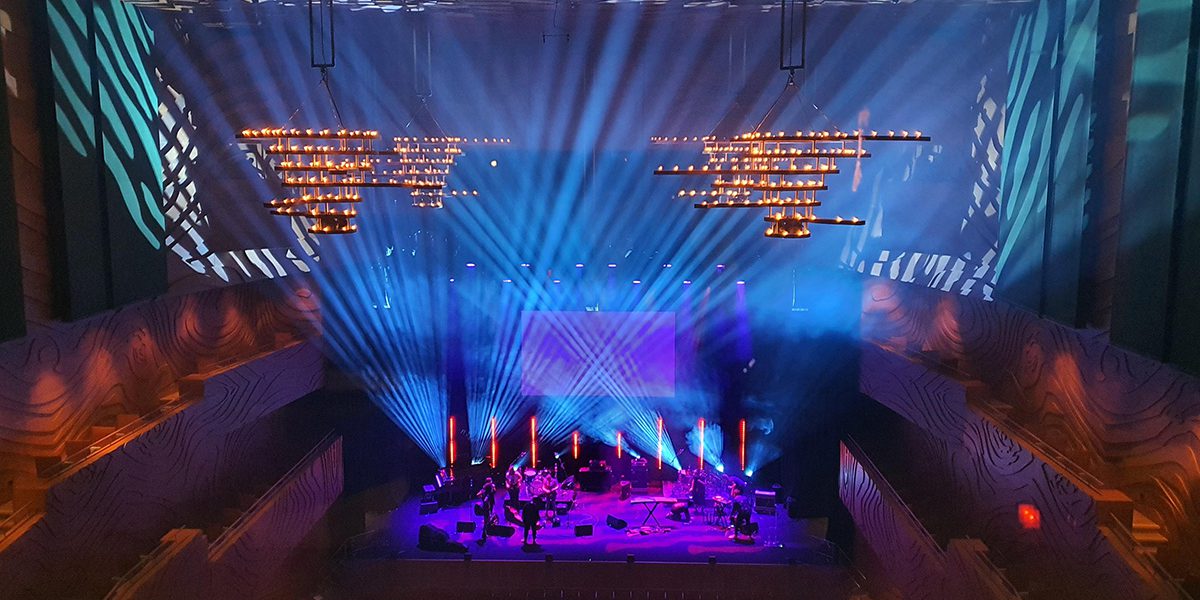 Melbourne Recital Centre is an acclaimed music destination combining architectural innovation and acoustic perfection within its two world-class performance spaces to showcase the best music, artists and ensembles from around the world.

With a wide variety of acts from classical to contemporary, each with its particular demands, the venue needs to be able to offer the best and most versatile production equipment possible. Hence the purchase of six Martin MAC Viper Profiles (to add to the six they already own), twelve MAC Quantum Washes and fourteen ShowPRO Fusion Bar Q XII.

One of the world’s most popular lights, the MAC Viper Profile is a high-output profile luminaire with an exceptional feature set and highly efficient optical system.

“We love the intensity levels of the MAC Vipers and they are an industry standard,” commented Harrison Cope, Senior Lighting Technician at Melbourne Recital Centre. “Everyone loves them and yes, there are newer models on the market that are LED meaning you don’t have to change bulbs but for us, it was about getting consistency with colours and gobo loads with the 6 fixtures we already own. They’re very bright and have three great gobo wheels. Plus, they come at a good price!”

Harrison concluded by saying the MAC Vipers are a good multifaceted fixture that are well known in the industry.

“As soon as the touring shows hear that we have MAC Vipers they are ecstatic and know that they don’t have to bring in anything else,” he added.

The MAC Quantum Wash features tight beams, beautiful wash fields, a market-leading colour palette, and uniform mixing that combines to accommodate the most demanding applications, offering brightness and perfection.
Harrison noted that the light output of the MAC Quantum Washes is incredible and that, again, the touring acts favour them.

“Their colours are nice, they’re lightweight and the lens rotation is a great effect to throw in occasionally,” he said. “The zoom is simply stunning as you can make the lamp look like a large flat wash light or you can zoom it so that it looks like a spot fixture. The MAC Quantum Washes and MAC Vipers work together really nicely.”

When the venue stages a classical recital with, for example, wooden walls and a piano in the middle the ShowPRO Fusion Bar QIIs make perfect uplights.

“The wooden wall lights up very well and we used to do it with LED Par Cans but it looks so much better with the Fusion Bars as they deliver a cyclorama effect up the wall,” Harrison affirmed. “We can pixelmap them and do some classic effects. For a contemporary show, we add black drapes around the stage as well as black carpet and turn the stage in to more of a black box. Then we either hang the Fusion Bars to achieve light beams through haze or we can put them on uprights and point them out towards the audience for a more modern look. Or you can uplight the black drapes which gives them a velvety appearance and some essential depth.”

Harrison says that all of the technical department has a good working relationship with Show Technology’s Branden Butler and Paul Nicolaou and if there’s an issue at all, they are straight onto it.

“We would highly recommend them,” he stated. “They’ve always looked after us, their service is fantastic!”

Photographed is the gear going through a routine Test & Tagging.