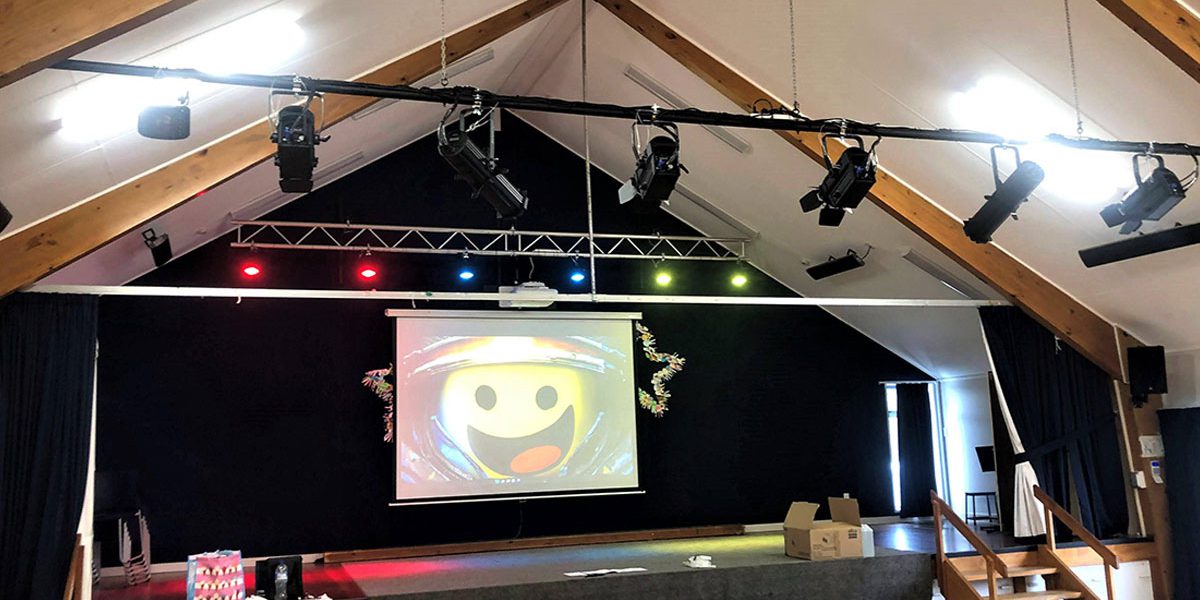 Established in 1988, Sitech Systems NZ Ltd is an audio-visual equipment supplier with a thorough understanding of the unique demands of the corporate, tertiary, and education sectors.

In more recent times they have branched out into lighting, particularly in schools and colleges, with our ShowPRO range becoming their favoured product.

“What I like most about the ShowPRO range is the incredible support we get from the guys at Show Technology,” remarked Matt Cowan, Specifications and Manufacturing Manager at Sitech. “The knowledge they share with us before we specify the fixtures is invaluable. Once we’ve explained what the school requires, they walk us through the best solution. they’ve always given us great support when we’re setting the gear up too.”

Matt added that his guys do not know a lot about the lighting products as they’re traditionally an audiovisual company but Show Technology’s expertise has guided them, for which they are grateful.

“The Photon 80s and the Fusion Pars are normally on stage for coloured backgrounds and are great for that application,” said Matt. “The Pharos LED Profiles are used for spotlighting a performance or person including the Principal during general assemblies. The LED Fresnel 50s are used as stage wash either to light up the stage for assemblies or in the case of Putaruru School, the lights they had before lost students in the dark as they couldn’t light the entire stage and the LED Fresnel 50s fixed that!

“The LED Fresnels in warm white and also full colour are perfect for a stage wash. Like the rest of the ShowPRO gear, they are LED so the client doesn’t have to service them or change bulbs … plus you don’t need dimmers.”

Morrinsville College also required a large flexible use projection screen as they had transformed their hall into a performing arts centre and so Matt installed an AVStumpfl screen that could be moved easily around the venue to suit.

“It looks very impressive hung from the lighting truss in various positions within the venue especially when lit up for a scene with the ShowPRO fixtures,” he noted.