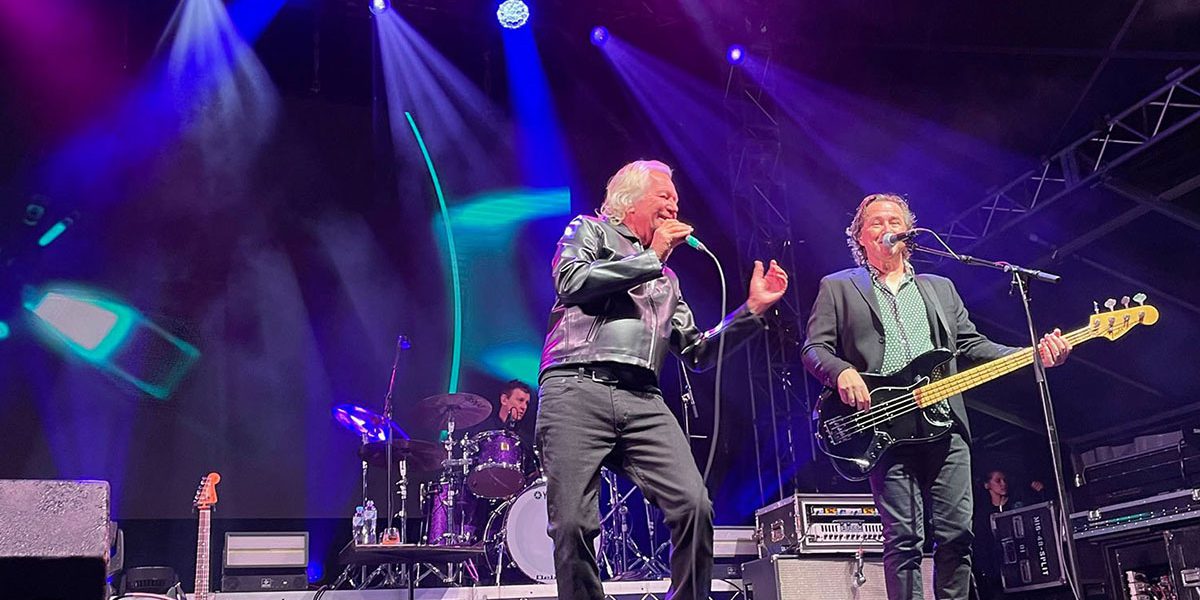 It’s been a funny old summer for Powa Productions as they navigated the country with The Red Hot Summer Tour and similar festivals. Gigs were cancelled and rescheduled, strict Covid-19 protocols were enforced and five NSW gigs were scrapped due to the extreme rain.

However one constant and symbol of reliability has been their new Ayrton Eurus that take up 33% less volume than in other luminaires of the same category – handing for when you’re trucking them all over the country!

“We purchased eighteen Eurus as we’ve been building up towards a second rig of lights for these events,” commented Geoff Knight, Managing Director of Powa. “I also wanted to get away from discharge lamps and the Eurus is a very suitable LED option. Everyone we’ve put in front of them has been very impressed.”

Like its predecessor in the 5 Series, the Ghibli, this fixture offers all the attributes a designer could ask for, but they have increased the zoom ratio, colour wheel slots, and intensity along the way. The Eurus-S offers up to 32,000 lumens of output with a 650W ultra-compact monochromatic LED emitter light engine delivering a 6700K colour temperature beam and a CRI greater than 70.

As Powa will be supplying lighting for a couple of artists next year who are big fans of Martin MAC Auras, Geoff was led towards purchasing the MAC Aura PXL fixtures. Bigger and brighter than the MAC Aura, the PXL features significantly higher intensity and a tighter beam as well as a smaller face and less busy lens look compared to the MAC Quantum Wash.

“Again, they’re LED, bright and have great effects,” added Geoff. “They also have a wide range of colours. We have twelve MAC Aura PXL with another sixteen on order.”

Lighting designer Alex Saad used both fixtures with Icehouse on The Red Hot Summer Tour’s Toowoomba gig at Queens Park and Harrigans at Jacobs Well and he was impressed by the light output from both of them.

“The rig was an Icehouse design but the lamps changed to Powa’s Eurus and MAC Aura PXL,” he explained. “I had the Eurus on the mid truss, back truss and floor truss upstage and thought they were great. They’re easy to use and punchy. They have framing shutters which are handy to have and great gobos.”

Alex had the MAC Aura PXLs on the mid and back truss to provide beam effects and big rock looks from behind the band.

“I got into the pixel effects too which are great,” he added. “Compared to a MAC Aura they’re bigger, brighter and better.”