ShowPRO put the Spice into Gingers 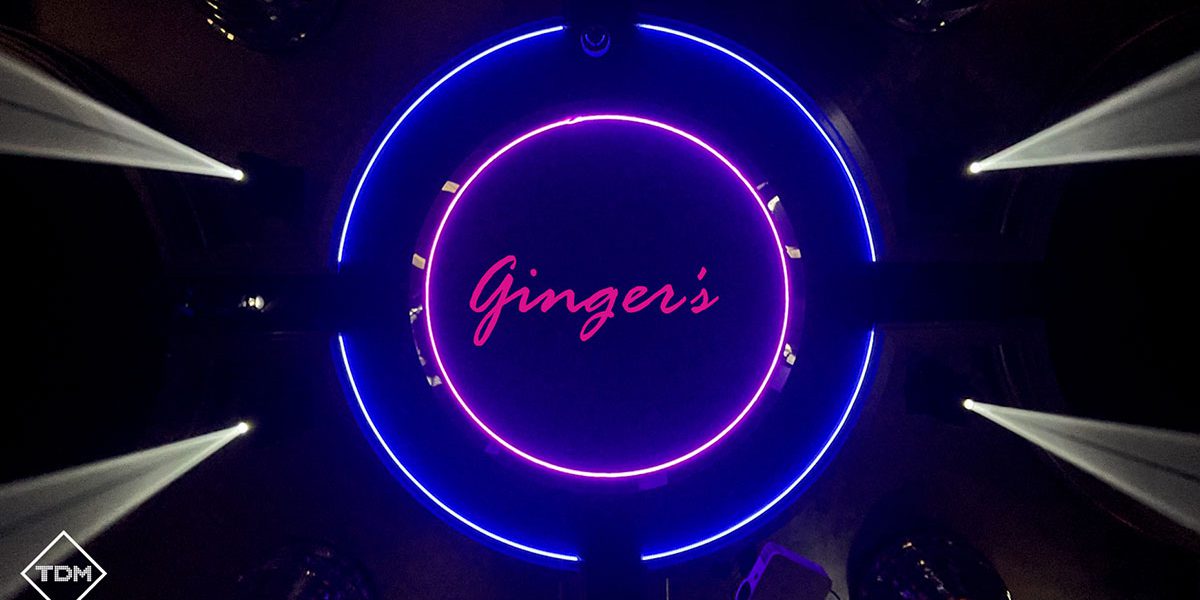 As a result of the Covid-19 pandemic and the associated restrictions implemented by state and federal governments, TDM Productions in conjunction with The Oxford Hotel was granted approval for a Live Music and Performance Grant from the City of Sydney as part of their grants programme. The awarded grant was used to upgrade the venue lighting and commission custom mirror objects and effects to diversify the venue as a live performance and community performance space.

Gingers consists of very clean architectural elements throughout the ceiling so this had to carefully be considered during the design phase. The venue already had neon flex installed in the roof coffers so Tim MacFie, TDM’s Creative Director, wanted to utilise the LED in the new design. After studying the architecture of the coffers he decided to do a central 3D static mirrored ring to complement the existing architecture.

“We wanted to ensure the central mirror ring was highlighted with clean LED bordering to showcase the static mirror ring,” he explained. “We engaged LSS (Led Strip Solutions) to assist in this phase of the project.”

Previously Gingers only had a couple of LED Pars so he wanted to install some moving lights that would give us great coverage and functionality.

“We had a restricted budget for which the ShowPRO E3 LED Spots fitted the bill perfectly,” said Tim. “These fixtures have great output and functionality and are very easy to maintain. Their size is good too, colours are fabulous and they have some great gobos. Plus the support from Show Technology is always 100%. In addition, we added some Martin RUSH strobes to give some punch to our stage lighting package.”

“Our brief to Psyklonic was to create objects that would complement the current architecture and also work as a static mirror feature as well as a moving object for the club nights,” said Tim.
Since the completion of this project Gingers has increased its revenue due to the upgrades and has created a new entertainment destination to reinvigorate Oxford Street after a very challenging two years due to the impacts of Covid venue closures and density limits.

Gingers recently hosted the Magnum worldwide launch of their new ice cream featuring Miley Cyrus with a worldwide broadcast audience. In addition to this event, Gingers is now becoming a favourite destination for film shoots, corporate functions, cabaret and live music events. It’s great to see the City of Sydney’s grants programme assisting to engage the oxford street precinct and providing the industry with a new and dynamic events space.